VENICE, ITALY - 4 JUNE 2016: The plaster cast of David Olère's drawing of the undressing room of Crematorium 3 of Auschwitz, is seen here in The Evidence Room at the 15th Venice Architecture Biennale in Venice, Italy, on June 4th 2016. 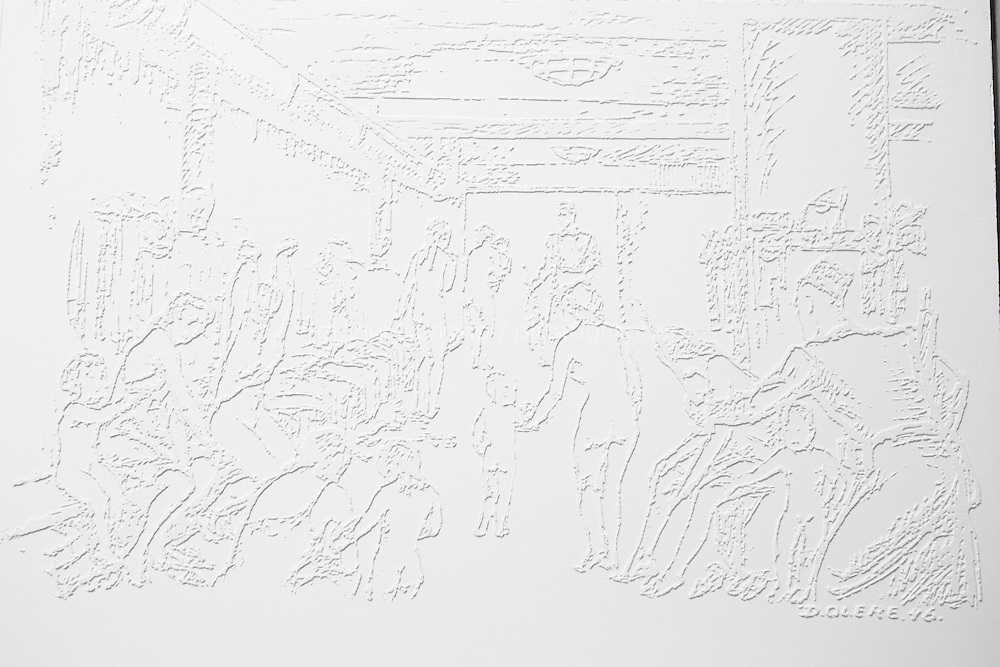