SANT'ELPIDIO A MARE, ITALY - MAY 20: Diego Della Valle, 57, President and CEO of Tod's, is interviewed by journalist Philippe Ridet in his office in front of a Kennedy silhouette painting and a Barack Obama portrait at the Tod's headquarters in Sant'Elpidio a Mare (FM, Marche), Italy, on May 20, 2011. The Tod's headquarters was designed by Della Valle's wife Barbara Pistilli and was inaugurated in 1998. Tod's Group is an Italian company which produces shoes and other leather goods, and is presided over by businessman Diego Della Valle. It is most famous for its driving shoes. 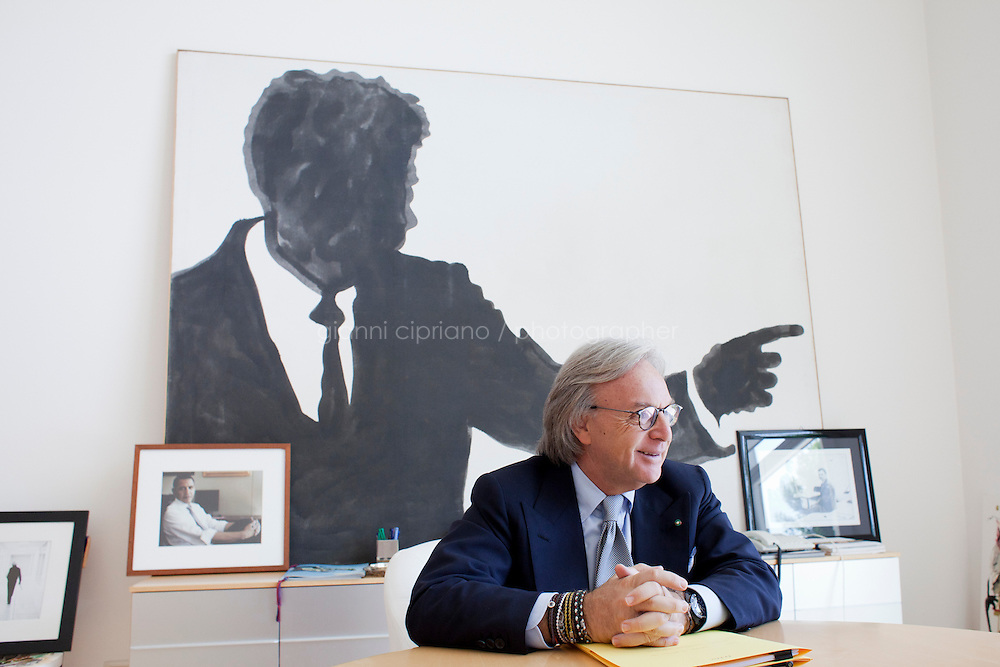