ROME, ITALY - 27 AUGUST 2016: A sister steps inside a room of the Mother House of the Missionaries of Charity shortly before the morning mass in Rome, Italy, on August 27th 2016. 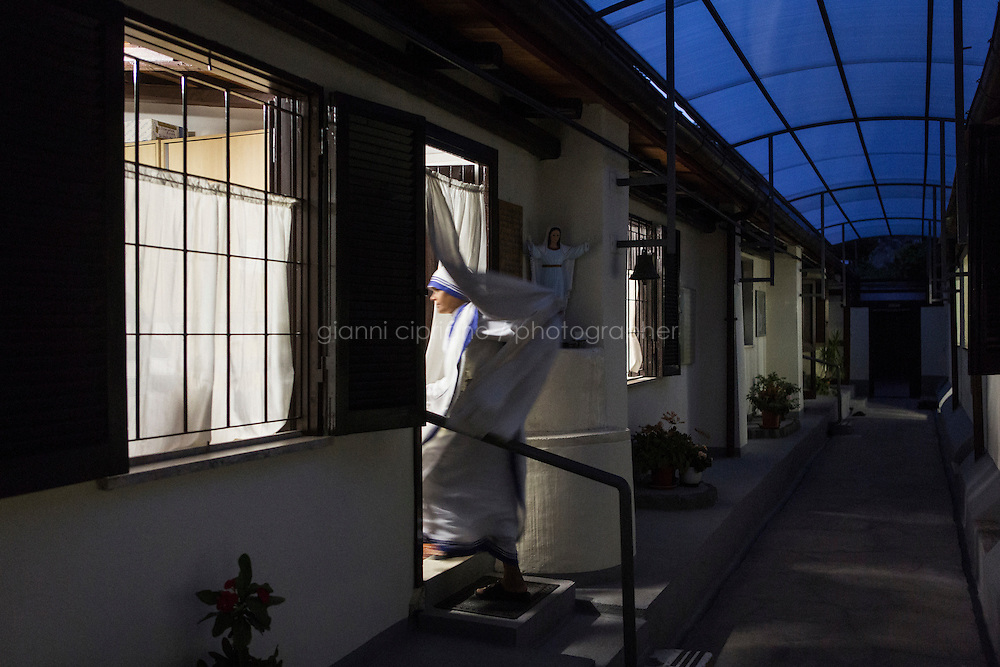