PALERMO, ITALY - 22 MARCH 2017: The tower of Palazzo Marchesi, where a a mikveh - or Jewish ritual bath - was found below the courtyard, is seen here in the Giudecca, the ancient Jewish quarter of Palermo, Italy, on March 22nd 2017. Later in the 16th century, Palazzo Marchesi housed the offices of the Inquisition. 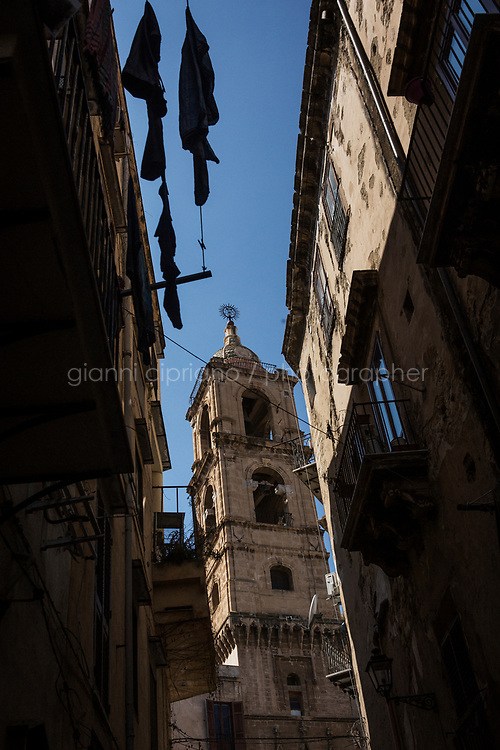