NAPLES, ITALY - 20 OCTOBER 2020: David Cézon (41, center), COO of I'm OK - a startup that has created a virtual assistant for the management of commercial activities, such as restaurants, stores and offices - poses for a portrait a group portrait with his team in their office in Naples, Italy, on October 20th 2020. 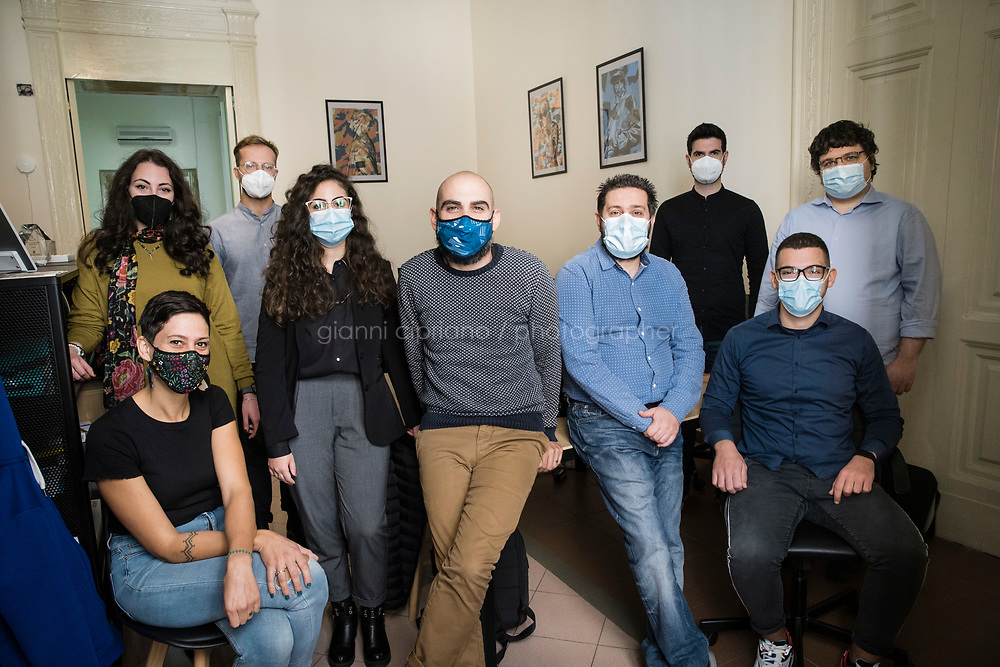