NAPLES, ITALY - 1 AUGUST 2018: Sergio, 42, cooks a pasta with potatoes and provola cheese in the makeshift temporary kitchen of Cantina del Gallo, a family-owned restaurant in the Rione Sanità in Naples, Italy, on August 1st 2018. 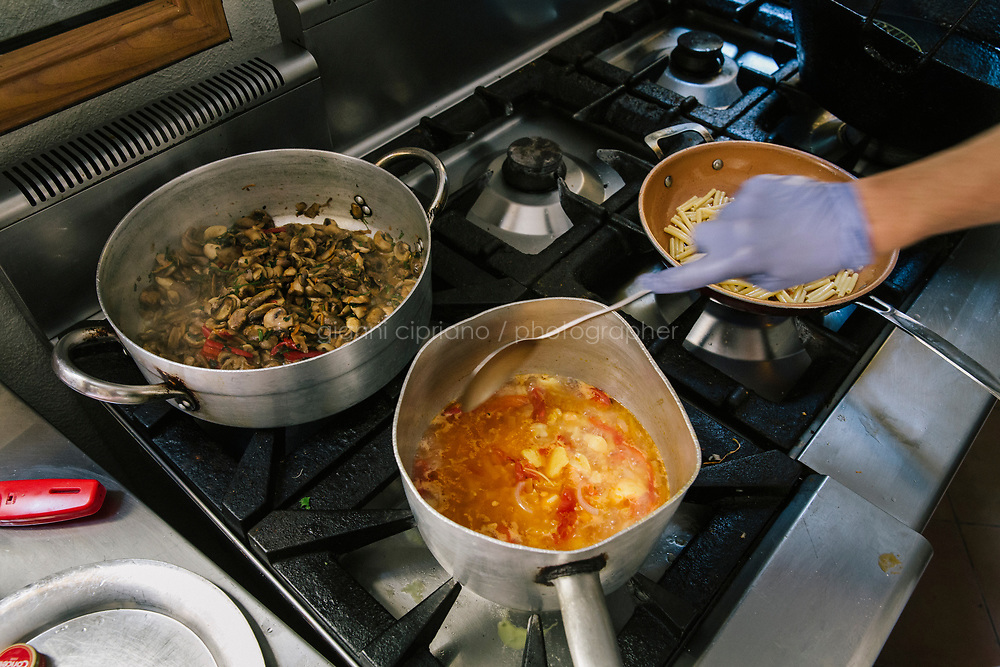