20 January, 2009. Washington, DC.
The crowd for the inauguration of President-elect Barack Obama readched the Lincoln Memorial, on the opposite side of the United States Capitol, where the inauguration was taking place. About 2 millions of people gathered at the National Mall in Washington D.C. for the inauguration of the 44th President of the United States, Barack Obama. Obama, the nation's first black chief executive, told the nation in his address that shared sacrifice would be necessary to return to peace and posperity.
©2009 Gianni Cipriano
cell. +1 646 465 2168 (USA)
cell. +1 328 567 7923 (Italy)
gianni@giannicipriano.com
www.giannicipriano.com 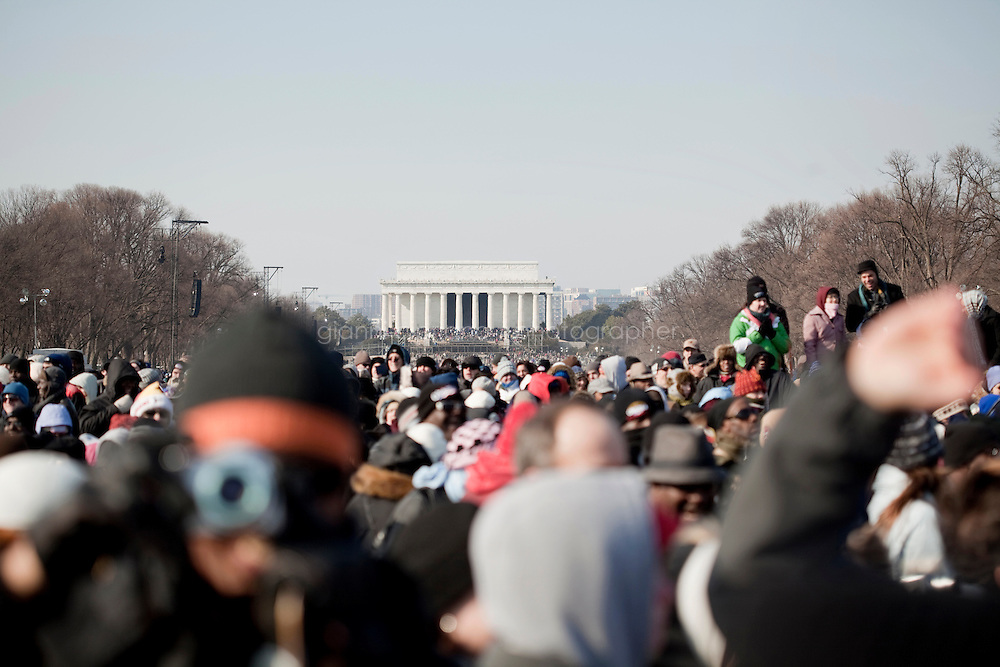