ROME, ITALY - 15 JULY 2015: The interior of the theatre of Villa Torlonia, where the majority of the decorations were made by Costantino Brumidi, the artist who painted the fresco in the Capitol building in Washington D.C., in Rome, Italy, on July 15th 2015.

Villa Torlonia is a villa and surrounding gardens formerly belonging to the Torlonia family, a Roman noble family who acquired a huge fortune in the 18th and 19th centuries through administering the finances of the Vatican. In 1925 the Villa was given to Mussolini as a residence, where he remained until 1943, with few changes to the aboveground structures. Between 1942 and 1943 an air-raid shelter was first built in the garden of the villa, and then a much larger and more complex airtight bunker was built under the villa itself, with the intention of resisting both aerial bombardment and chemical warfare. 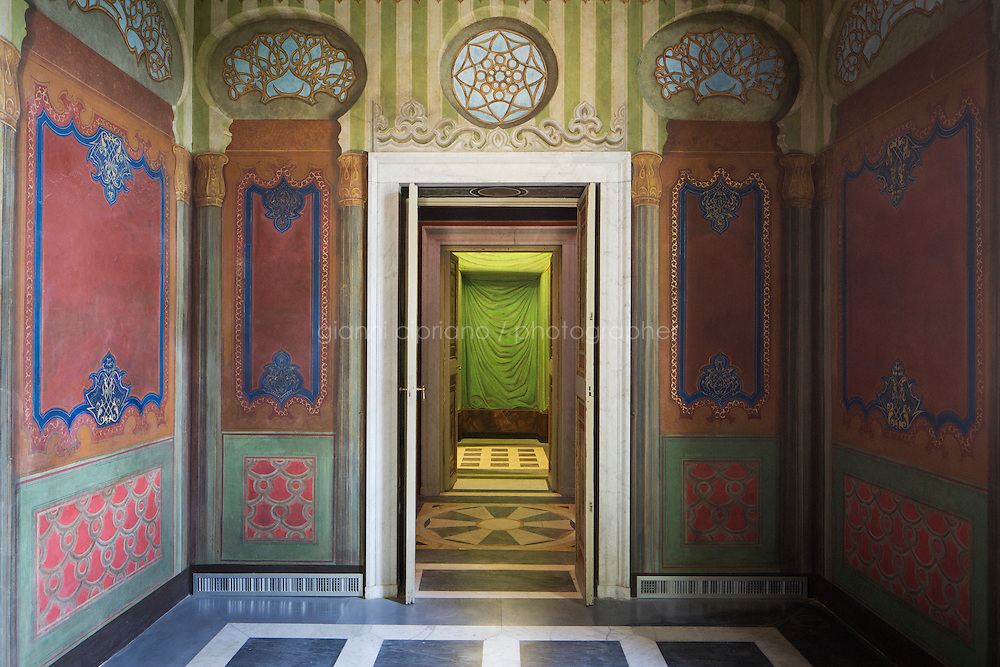