SIENA, ITALY - 20 MARCH 2015: The headquarters of Siena Biotech, occupied by its 50 employees and researchers who protest against the financial cutback of the Monte dei Paschi di Siena Foundation, in Siena, Italy, on March 20th 2015. The banners set up on the gate and on the building say "Siena Biotech Occupied" and "All laid off!!! Shame on you!!!". 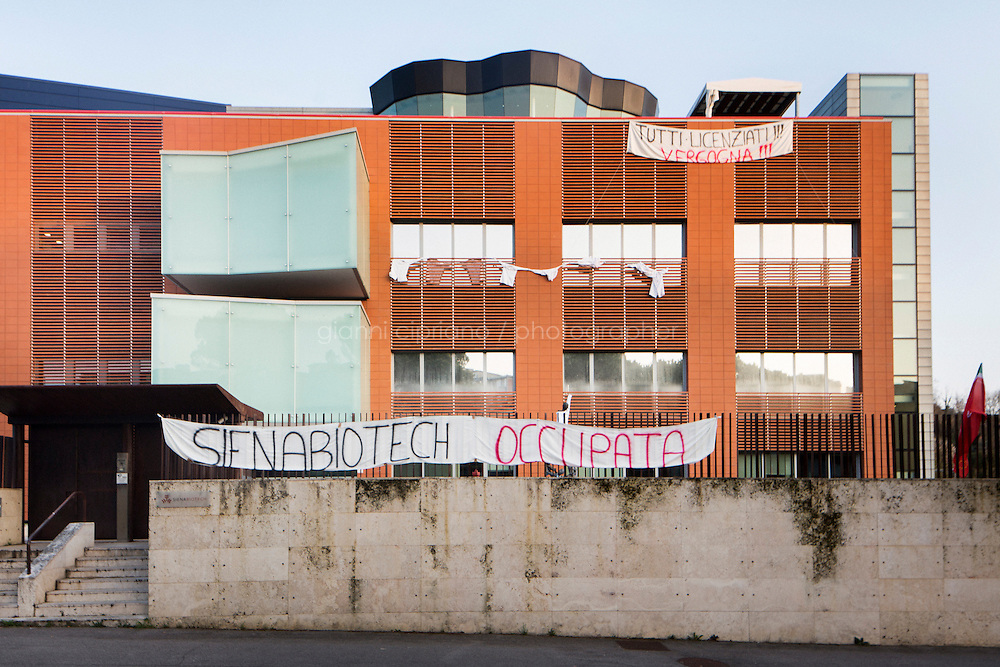