The newly elected mayor Salvatore Gambino (left) waits to step outside on the porch of the town hall to give his inaugural address in Torretta, a village in the province of Palermo, Sicily, Italy, on June 16th 2016.

In 2007, three former employees of the Torretta town hall were, suspected of allowing Mafia members to infiltrate.

Already in 2005, the suspected infiltration prompted the Interior Ministry of Italy to dissolve Torretta's municipal council. 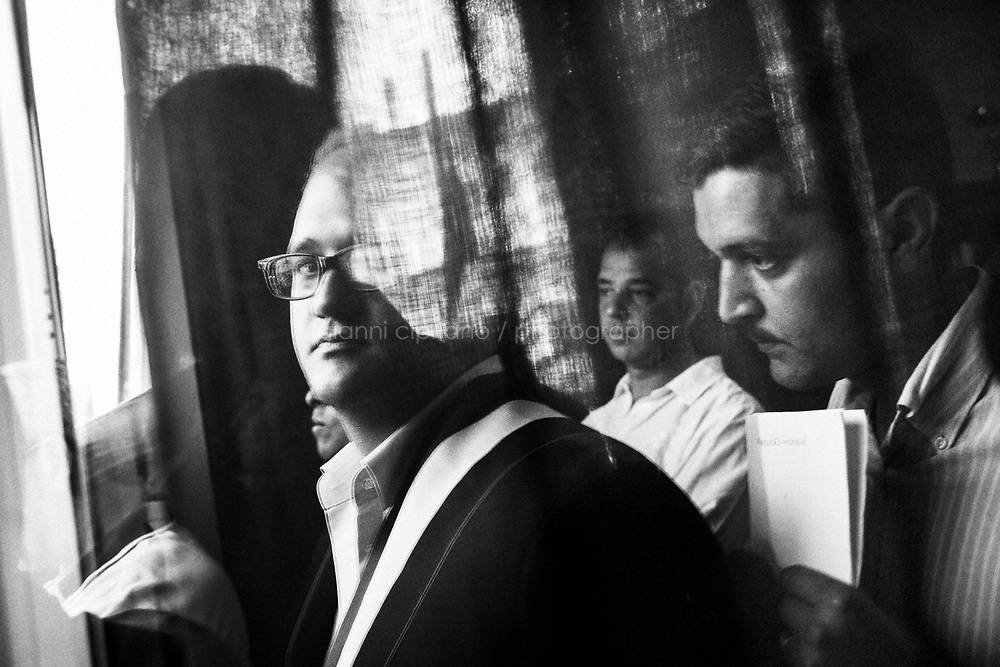