CATANIA, ITALY - 13 APRIL 2018: Employees of the 3Sun factory, the last European photovoltaic factory, are introduced to a control station of the production line of the the new bifacial thin film solar panel during the testing phase, in Catania, Italy, on April 13th 2018. 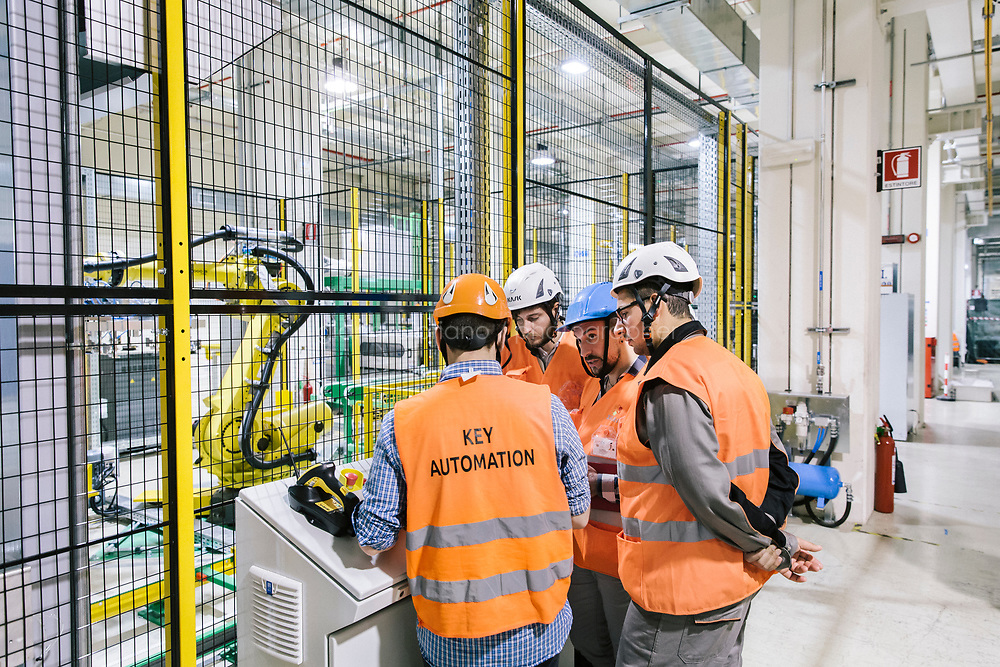