PALERMO, ITALY - 30 MAY 2018: Ludovico Gippetto, President of a Palermo cultural association called Extroart, is seen here as he searches his archive in Palermo, Italy, on May 30th 2018.

Mr. Gippetto has also adopted Caravaggio’s “Nativity” for his project “Wanted,” a publicity campaign that involves periodically peppering Palermo with posters of looted artworks on the premise that the better known a work of art is, the harder it is to sell on the black market.

In October 1969 thieves broke into the Oratory of San Lorenzo, a small chapel in Palermo’s then dilapidated Kalsa quarter, and made off with one of the city’s artistic masterpieces: Caravaggio’s “Nativity” altarpiece.

Nearly 50 years after it was stolen, possible evidence suggests that Caravaggio Nativity may have been cut up and sold, according to Gaetano Grado, a Mafia. turncoat. The Antimafia Commission checked out on various fronts Mr. Grado's accounts, and Rosy Bindi, the president of the Antimafia Commission, presented the findings of the commission — published in May — at the Oratory where the Nativity once hung. 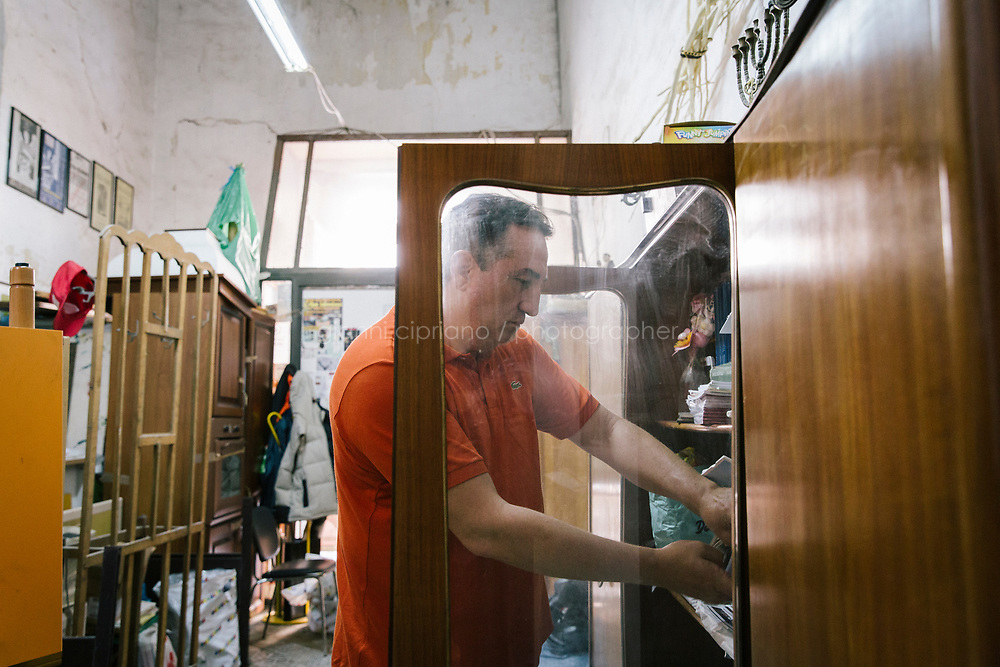