ROME, ITALY - 26 AUGUST 2016: The interior of one of the dormitories of Casa Serena, a prefabricated house for homeless men is seen here in Rome, Italy, on August 26th 2016.

Casa Serena, inaugurated in 1993, hosts approximately 70 men, 50 years or above, of any nationality, religion, colour.

The Missionaries of Charity-Contemplative is a diocesan religious Institute composed of Brothers and priests with equal rights and obligations, founded by Blessed Teresa of Calcutta with Fr. Sebastian Vazhakala in 1979. The members take public vows of Chastity, Poverty, Obedience and free service to the poor. 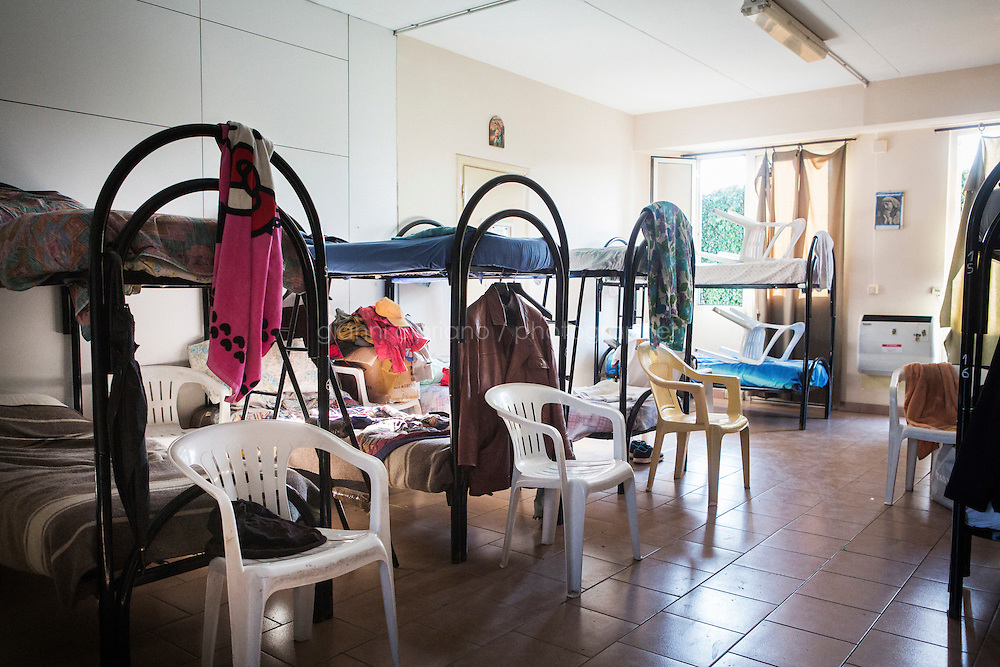