ROME, ITALY - 21 DECEMBER 2020: Italian director Matteo Garrone (52) - cowriter and director of the live-action film "Pinnocchio" (2019) - poses for a portrait with the wooden puppet used in his film, here at the Studios, a film studio in Rome, Italy, on December 21st 2020.

"Pinocchio " was a passion project for Garrone, who drew the first storyboard of the story at the age of six. For this project, Matteo Garrone - who directed the widely acclaimed “Gomorrah" (2008) and Dogman (2018) among others - and his cowriter Massimo Ceccherini went back to the original 1883 children tale "The Adventures of Pinocchio" by Carlo Collodi, which is much more complex and darker than the 1940 Disney fable. In Garrone's version, Pinocchio is played with a woodified face by child actor Federico Ielapi, and his father-creator Geppetto is played by the Oscar-winner Roberto Benigni. The film was first released in Italy in December 2019. The English version of the movie will be released in the United States and Canada on December 25th 2020. 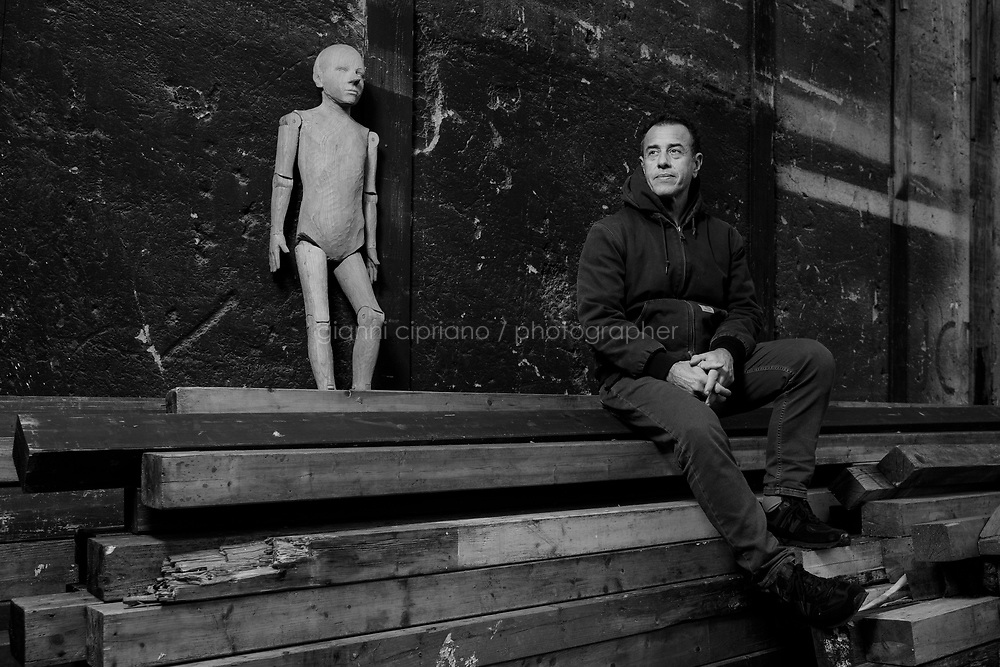