PALERMO, ITALY - 22 MARCH 2017: The walls of Palazzo Chiaramonte-Steri - today part of the University of Palermo - which between 1601 and 1782 served as the prison and tribunal of the Inquisition, preserve the anguished scratched scrawls of past inmates, including some written in Hebrew, in Palermo, Italy, on March 22nd 2017. 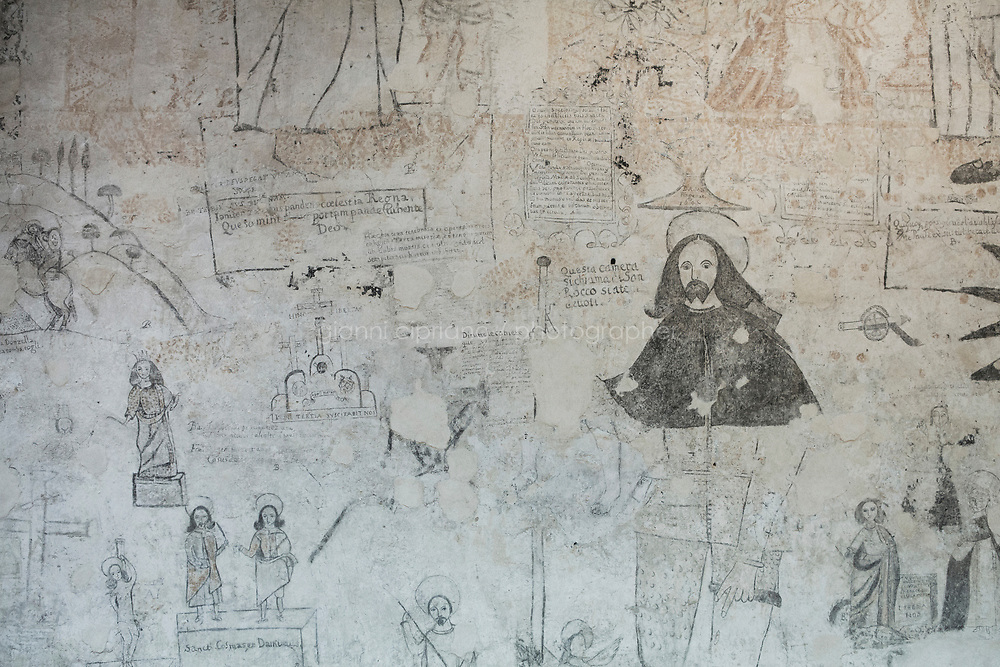