TURIN, ITALY - 23 October 2013: Participant of Masterpiece Federica Lauto (29) is being interviewed in the backstage of the state TV Rai studios before reading her assignment, which consists in writing a one-page story from the point-of-view of a man who must watch while his lover marries someone else, in front of a panel of judges in Turin, Italy, on October 23rd 2013. 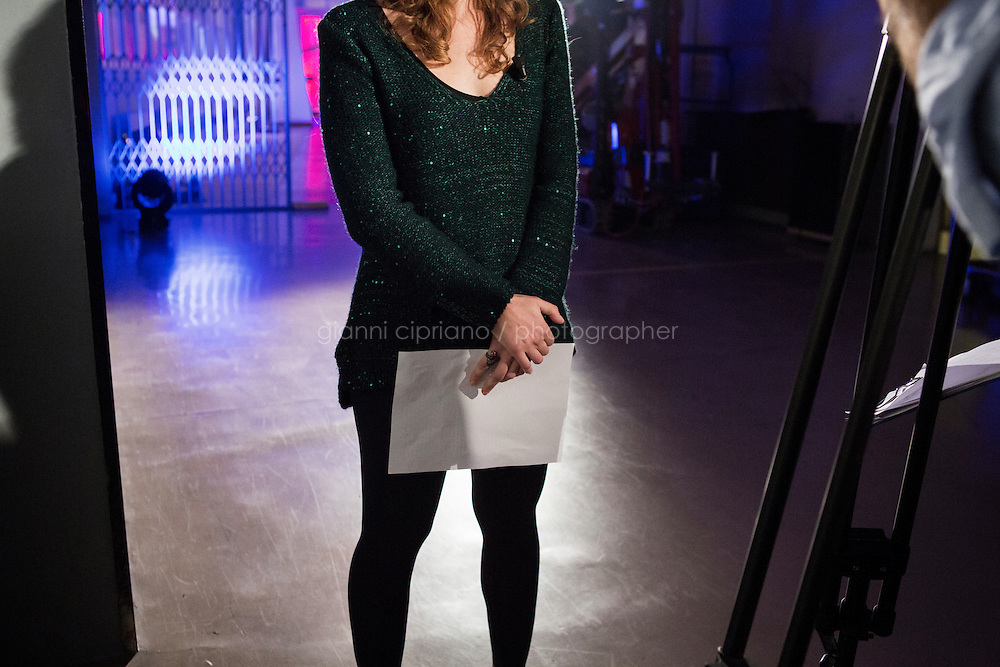