ROME, ITALY - 27 AUGUST 2016: Sisters of the Missionaries of Charity, the religious congregation founded by Mother Teresa in 1950, pray during the morning mass at the Mother House in Rome, Italy, on August 27th 2016. 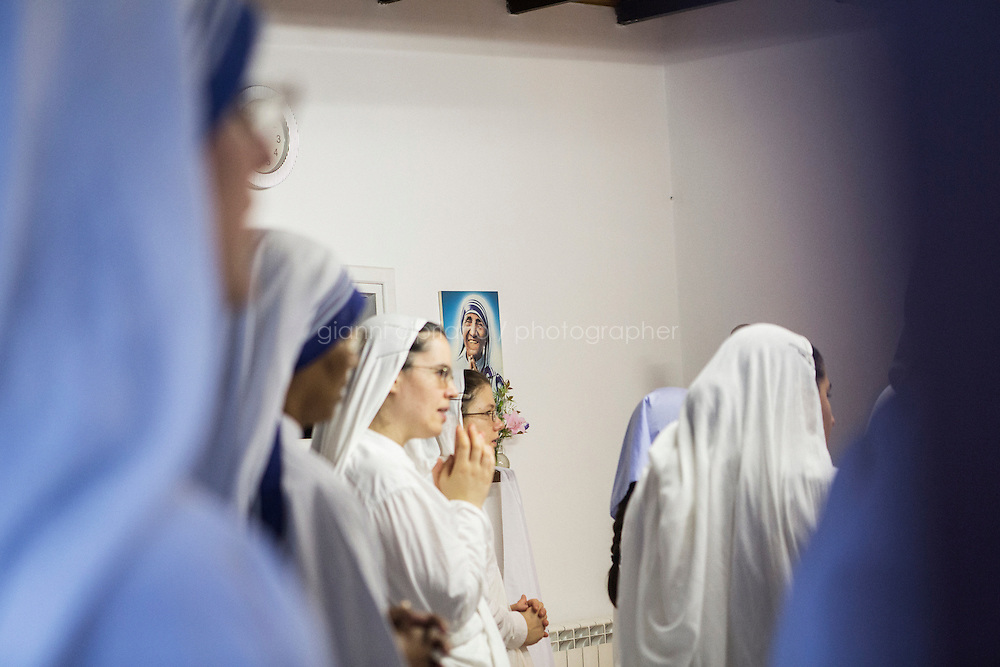