TURIN, ITALY - 23 October 2013: (L-R) Participants of talent show Masterpiece Federica Lauto (29) and Alessandro Ligi (49) walk up the stairs towards the studio to record the first episode of the show at the RAI national TV headquarters, in Turin, Italy, on October 23rd 2013. 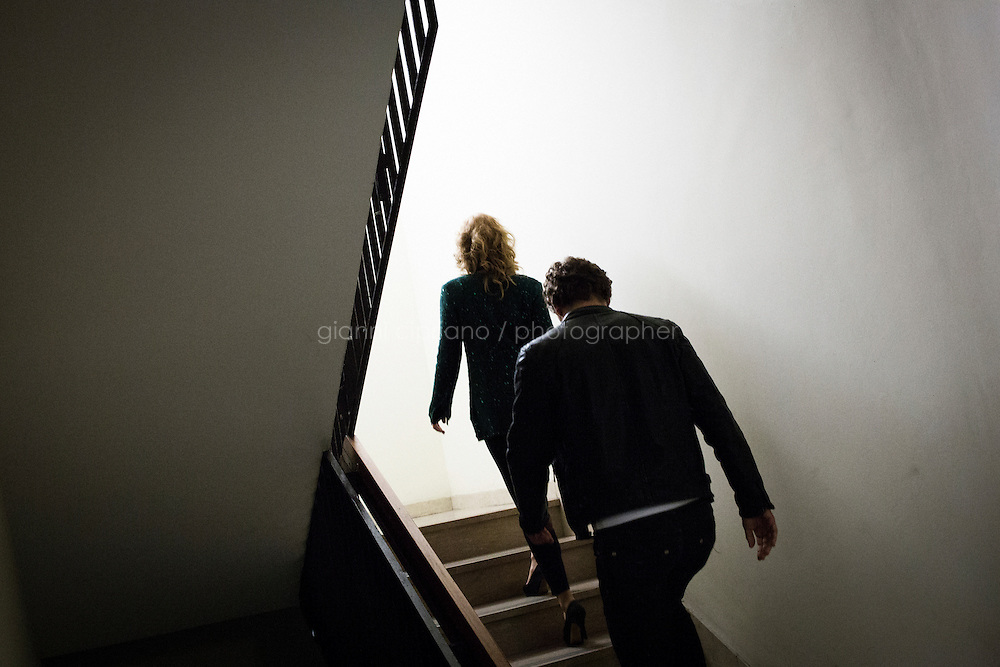