VERNAZZA, ITALY - 1 JUNE 2017: A high-school class climbs up the steep
slope during a field trip with Margherita Ermirio, part of a UNESCO Youth program to enhance the relationship between the young and their territory, here in Vernazza, Italy, on June 1st 2017. This class has been studying terracing in the Cinque Terre from an historical point of view, comparing the 18th century maps with Google earth’s most recent pictures. From the measures taken during the field trip, students will make a 3D design of the area. 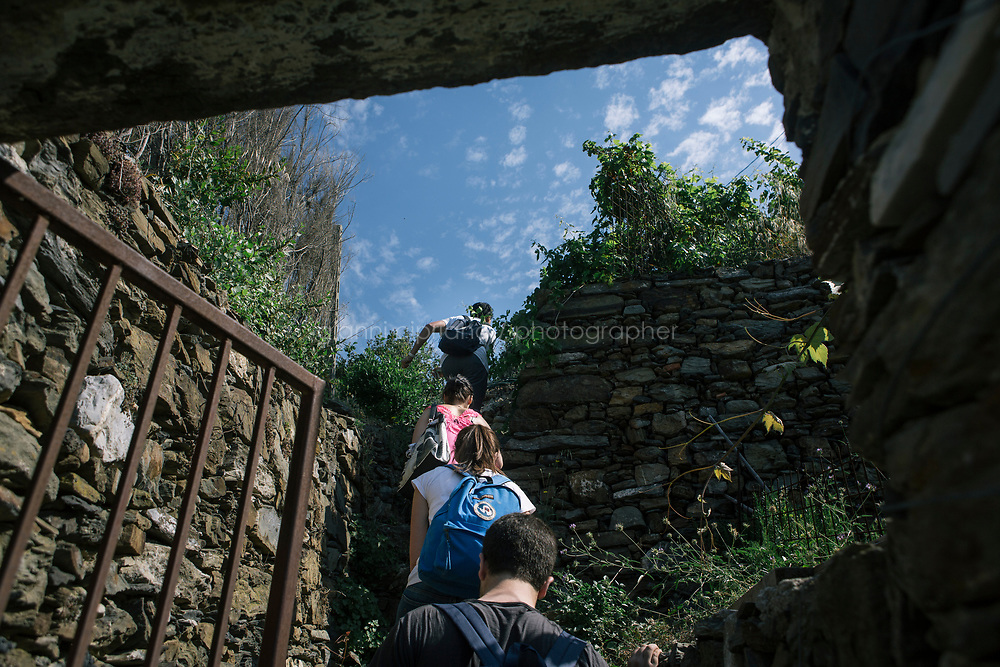