VENICE, ITALY - 4 JUNE 2016: The plaster cast of David Olère's visual testimony of the removal of corpses from the gas chamber, showing the gastight door with the metal protection over the peephole, is seen here in The Evidence Room at the 15th Venice Architecture Biennale in Venice, Italy, on June 4th 2016. 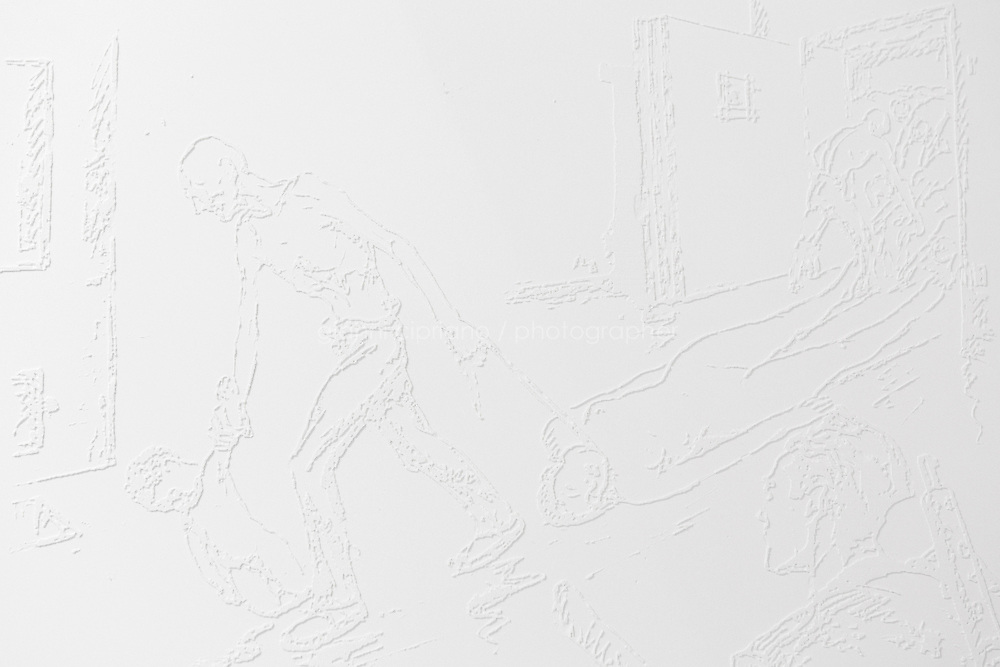