NAPLES, ITALY - 23 January 2014: A dog named Daisy and its owner are stopped by the Municipal Police for an identity check and to make sure the owner carries a bag and shovel to pick up the dog faeces, in in the Vomero-Arenella neighborhood, where a pilot project to keep streets clean from dog excrements was started, Naples, Italy, on January 23rd 2014. 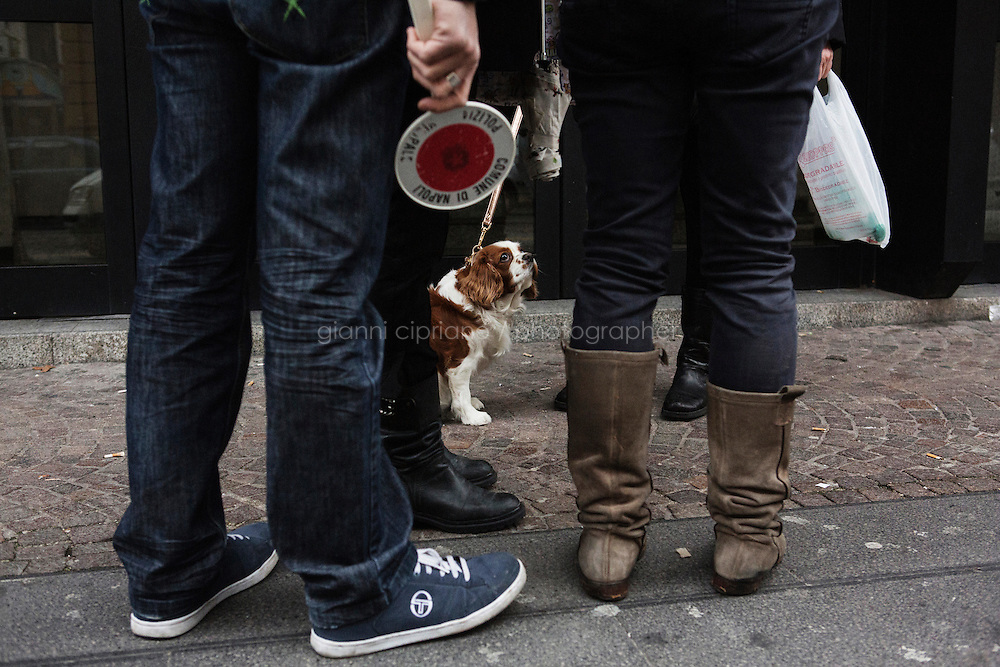