ROME, ITALY - 27 JUNE 2017: (L-R) Director Fabio Cherstich and opera singers Veronica Marini (in the role of Donna Anna) and Reut Ventorero (in the role of Zerlina) step down from the stage after their bow to the audience at the end of the "Don Giovanni OperaCamion", an open-air opera performed on a truck in San Basilio, a suburb in Rome, Italy, on June 27th 2017.

Director Fabio Cherstich’s idae of an “opera truck” was conceived as a way of bringing the musical theatre to a new, mixed, non elitist public, and have it perceived as a moment of cultural sharing, intelligent entertainment and no longer as an inaccessible and costly event. The truck becomes a stage that goes from square to square with its orchestra and its company of singers in Rome. 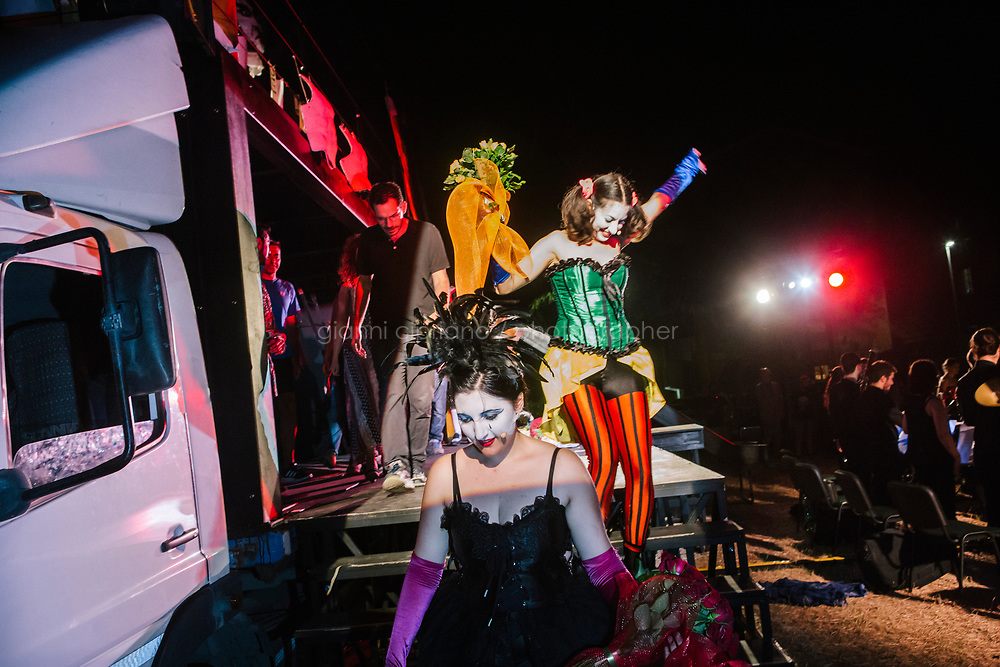