MANAROLA, ITALY - 31 MAY 2017: Tools to build dry stone walls are seen here in Anselmo Crovara's Memory Archive, housed in his own attic, which hosts a collection of items from traditional Ligurian daily life, in Manarola, Italy, on May 31st 2017.
Given its jagged coastline and manifold mountainous chains, Italy is believed to hold a record in Europe with an estimated 300,000 hectares of terracing, and 170,000 kilometers of dry stone walls— 20 times the length of the Great Wall of China.
Liguria, the narrow half-moon shaped region along the northern
Thyrrenian sea, has the highest concentration, and terracing is in
poor shape there. In Vernazza, almost half of the terracing is in
ruins. 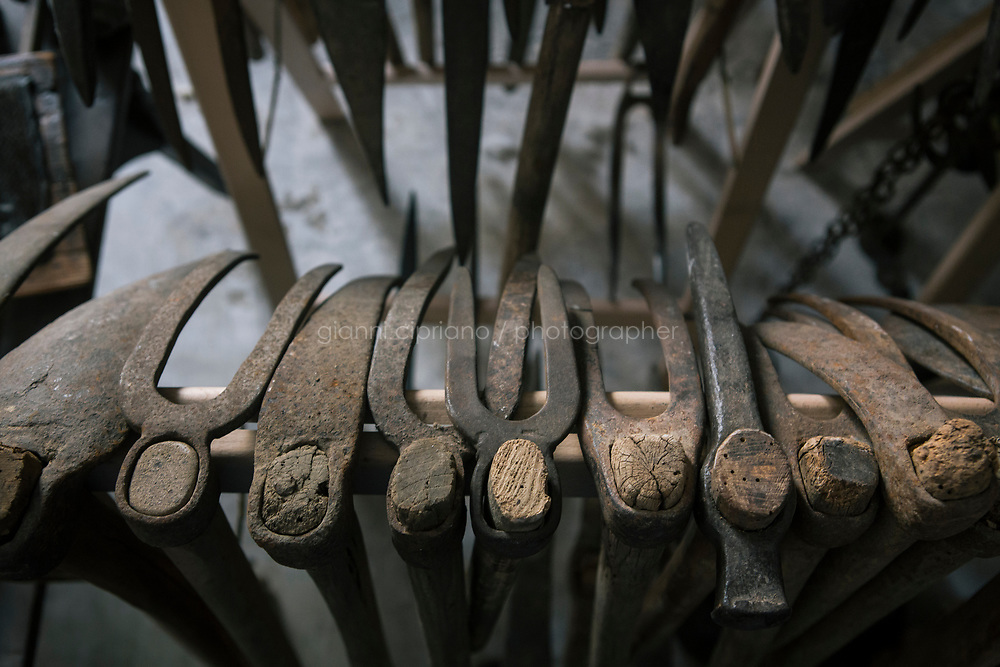