POMPEII, ITALY - 29 SEPTEMBER 2015: Estelle Lazer, a forensic anthropologist studying the remains of the victims of the 79 AD Mount Vesuvius eruption, poses for a portrait in a cabin where a CAT scanner has been set up to scan approximately 86 casts that were restored in the archeological site of Pompeii, Italy, on September 29th 2015.

Pompeii, along with Herculaneum, was buried under 4 to 6 meters (13 to 20 ft) of ash and pumice in the eruption of Mount Vesuvius in 79 AD. After its initial discovery in 1599, Pompeii was rediscovered as the result of intentional excavations in 1748 by the Spanish military engineer Rocque Joaquin de Alcubierre.

Pompeii is an UNESCO World Heritage Site and one of the most popular tourist attractions of Italy, with approximately 2.5 million visitors every year. 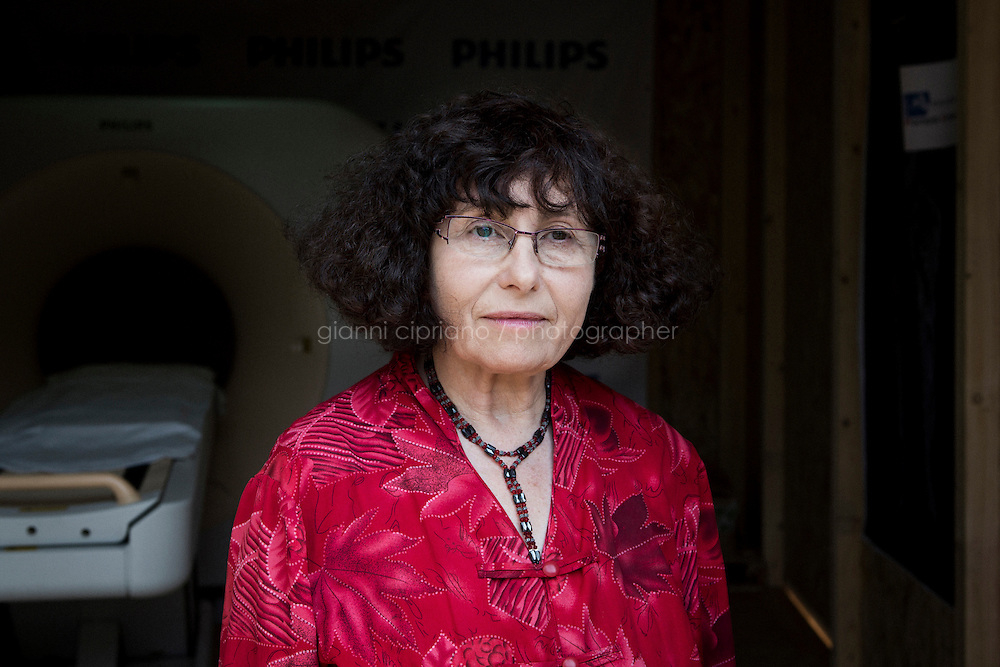