NAPLES, ITALY - 30 JULY 2018: Roberto Saviano (center), an Italian journalist, writer and essayist is seen here with his police escort by the Vele di Scampia (English: Sails of Scampia), a large urban housing project and one of the poorest and most disadvantaged in the country, here in Naples, Italy, on July 30th 2018.

Thanks to Roberto Saviano’s bestselling book “Gomorrah” — and subsequent film and TV series — the the Vele di Scampia are known worldwide as a hotbed for drugs, prostitution and the mafia. In 2016 the city council announced an ambitious €58 million plan to tear down three of the decaying buildings and convert the fourth into offices.

After the first death threats of 2006 by the Casalese clan , a cartel of the Camorra, which he denounced in his exposé and in the piazza of Casal di Principe during a demonstration in defense of legality, Roberto Saviano was put under a strict security protocol. Since 2006 Roberto Saviano has lived under police protection.

Saviano's latest novel "The Piranhas", which tells the story of the rise of a paranza (or Children's gang) and it leader Nicolas, will be released in the United States on September 4th 2018. 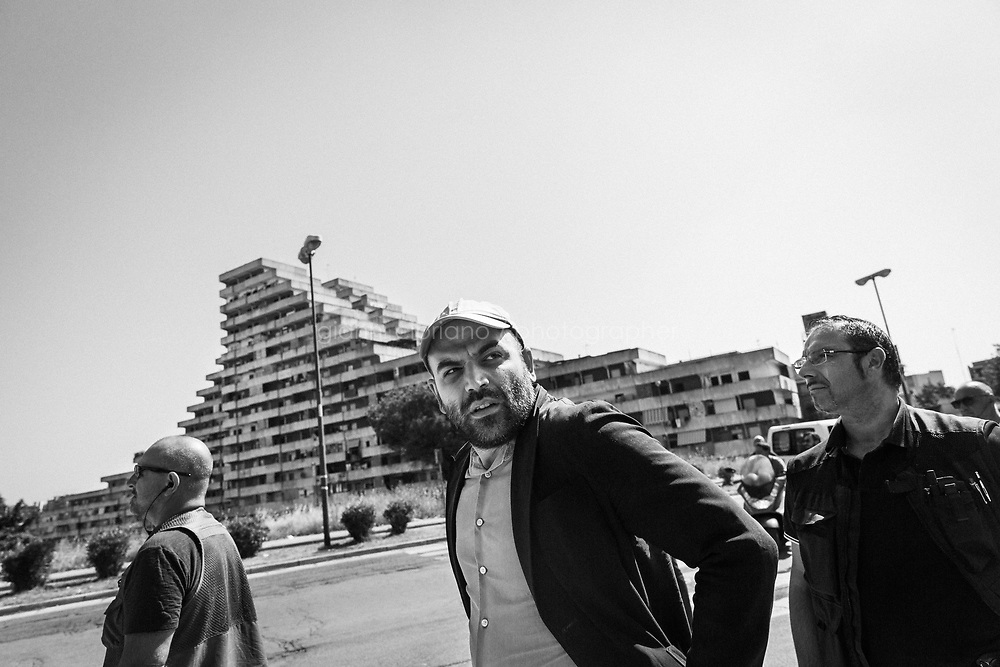