COMO, ITALY - 21 JUNE 2017: Mario Landriscina (left), the leading candidate for Mayor of Como who wants to close the migrants reception center, poses for a portrait in Como, Italy, on June 21st 2017. 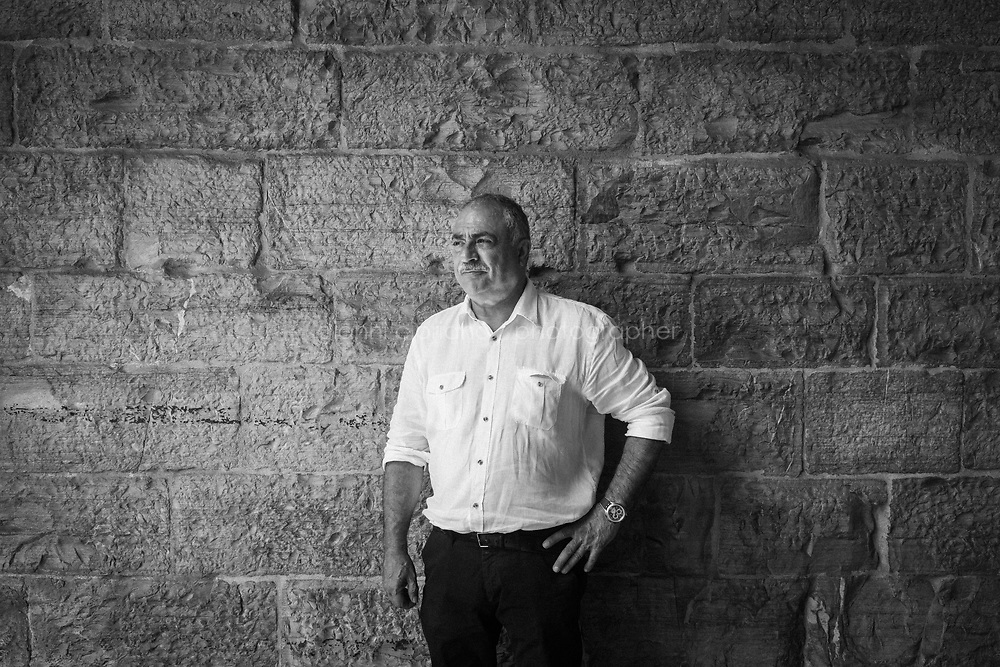