COMO, ITALY - 21 JUNE 2017: Giorgia Meloni (right), leader of the Fratelli d’Italia party, takes a selfie with a supporter at the end of Mr Landriscina's rally in Como, Italy, on June 21st 2017. 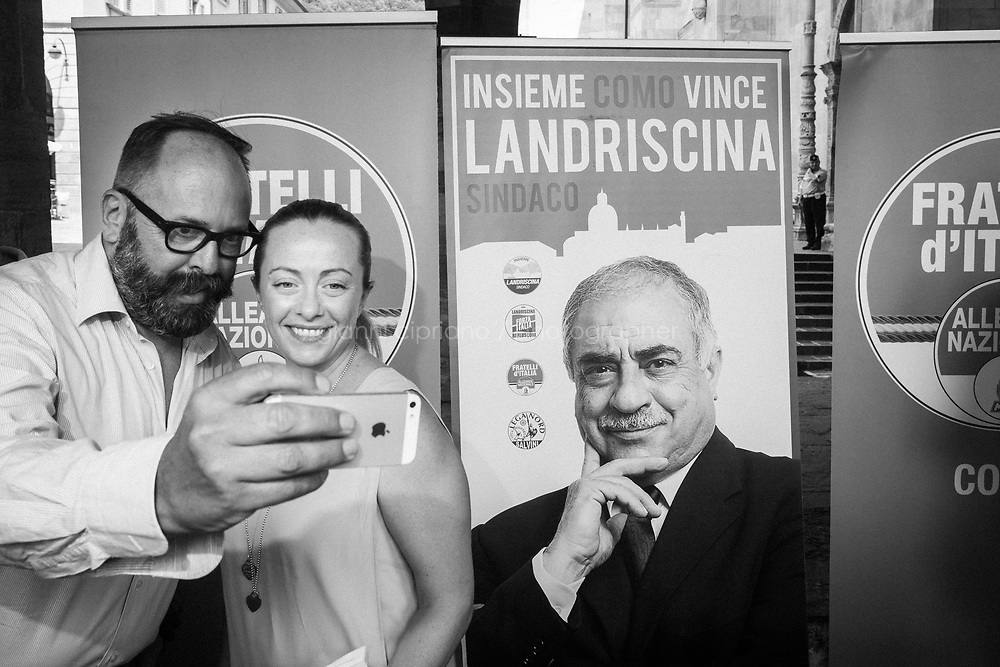