NAPLES, ITALY - 12 SEPTEMBER 2020: American artist Ryan Mendoza (49), who preserved and rebuilt the house of American civil rights icon Rosa Parks, poses for a portrait outside the acitivist's house, on display in the Courtyard of Honour of the Royal Palace in Naples, Italy, on September 12th 2020.

In 2017, Rosa Parks' wooden house went on display in Berlin after it was rescued from demolition in Detroit. Then Brown University acquired it, and it went back to the United States, where it moldered in storage while artist Ryan Mendoza campaigned to erect it on the White House lawn. After years of trying, Mr. Mendoza decided the next best thing would be to rebuild it in the courtyard of the Royal Palace in Naples, Italy:
the project "Almost Home - The Rosa Parks House Project" by the artist Ryan Mendoza will be unveiled there on Sept. 15th 2020.

The project came about in 2016, when Rhea McCauley, Ms. Parks’s niece, met Mr. Mendoza in Detroit. As part of an art project that explored his own sense of home, as well as the American subprime mortgage crisis, Mr. Mendoza successfully transported an abandoned house from Detroit to Europe, winning the trust of Detroit community members along the way. Ms. McCauley told him she had managed to buy back the family house for $500, but she could not find anyone interested in saving it from demolition. Mr. Mendoza, who makes his living as a fine-arts painter, agreed to help. He raised a little over $100,000 by selling some of his paintings, and set out for Detroit. There, he worked with a local team to take apart the house, which had fallen into extreme disrepair.
He then shipped the wooden exterior to Berlin, where he spent the winter painstakingly rebuilding it, mostly alone, by hand. “It was an act of love,” he said. 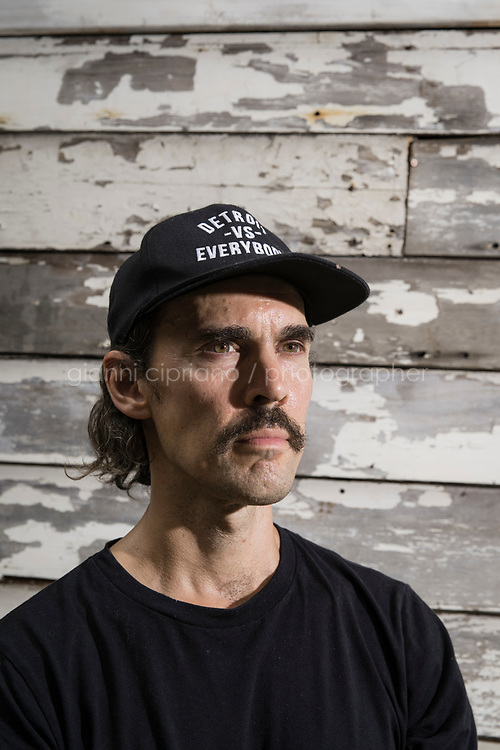