Polsi, Italy - 2 September, 2012: Pilgrims and a caribienere in high uniform, one of Italy's armed forces, wait for the end of the mass by the Sanctuary of Our Lady of Polsi under the supervision of the Italian Army to start the religious procession in Polsi, a mafia stronghold in Calabria, Italy, on September 2nd, 2012.

The Sanctuary of Our Lady of Polsi, also known as the Sanctuary of Santa Maria di Polsi or Our lady of the Mountain, is a Christian sanctuary in the heart of the Aspromonte mountains, near San Luca in Calabria. The chiefs of the Calabrian criminal consortium, the 'Ndrangheta, have held annual meetings at the Sanctuary. According to the pentito Cesare Polifroni – a former member turned state witness – at these meetings, every boss must give account of all the activities carried out during the year and of all the most important facts taking place in his territory such as kidnappings, homicides, etc.

Last summer the European Union's anti-fraud office demanded that Italy redirect 380 million euros in structural funding away from the A3 Salerno - Reggio Calabria highway after finding widespread evidence of corruption in the bidding processes. 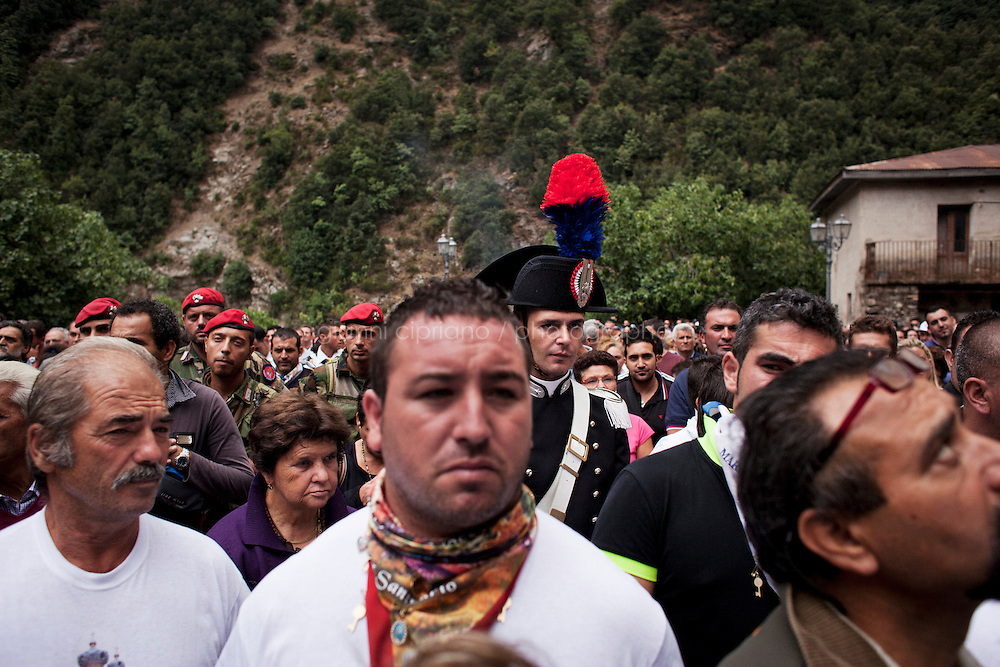