TURIN, ITALY - 23 October 2013: Participants andaspiring authors of talent show Masterpiece write their assignments on a touch screen under a digital timer above their head, at the state TV Rai studios in Turin, Italy, on October 23rd 2013. 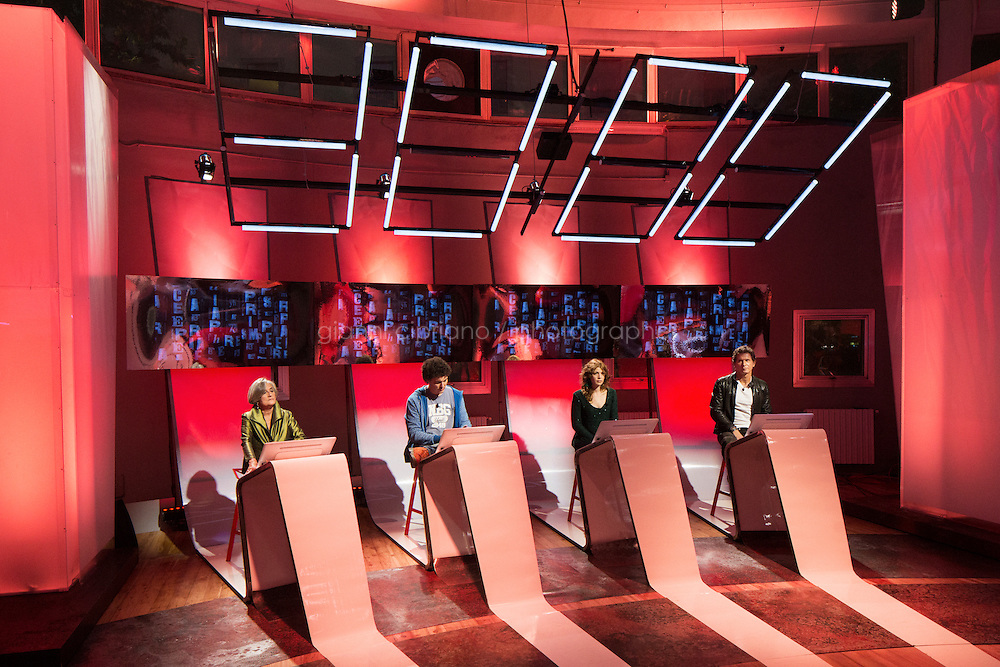