VENICE, ITALY - 13 JULY 2016: Tenor and conductor Placido Domingo (75) is here as he is being interviewed by New York Times journalist Michael Cooper at the Palazzo Benzon Foscolo, before heading to the set of the third season of "Mozart in the Jungle" where he will interpret himself, in Venice, Italy, on July 13th 2016.

Mozart in the Jungle is an award-winning television series produced by Picrow for Amazon Studios. The pilot was written by Roman Coppola, Jason Schwartzman, and Alex Timbers and directed by Paul Weitz. The story was inspired by Mozart in the Jungle: Sex, Drugs, and Classical Music, oboist Blair Tindall's 2005 memoir of her professional career in New York. 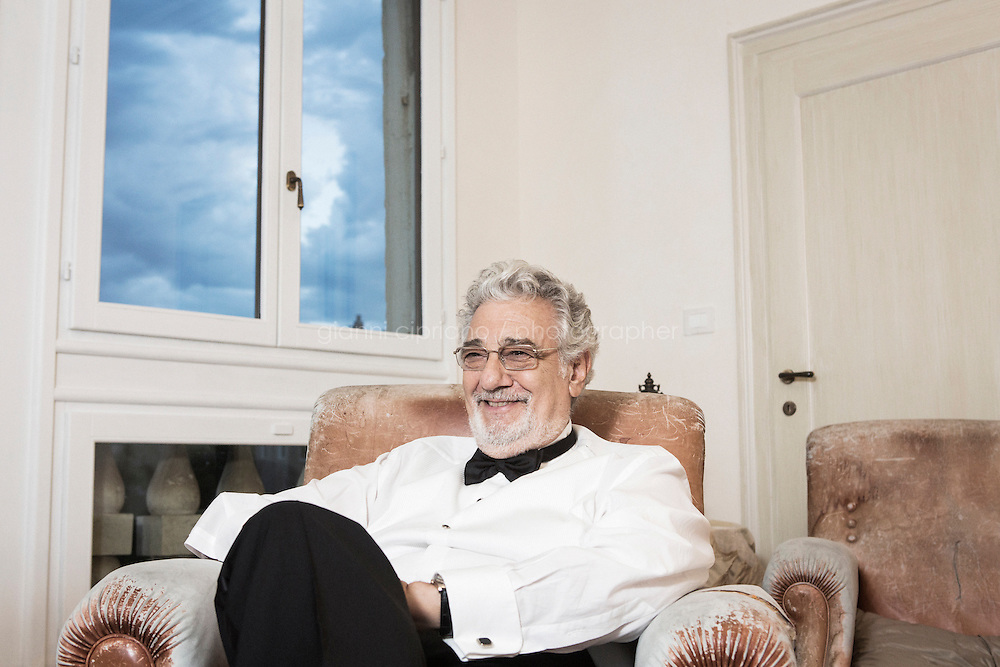