CATANIA, ITALY - 13 APRIL 2018: A robot places strips of photovoltaic cells on a panel during the testing phase at the 3Sun factory, the last European photovoltaic factory, in Catania, Italy, on April 13th 2018. 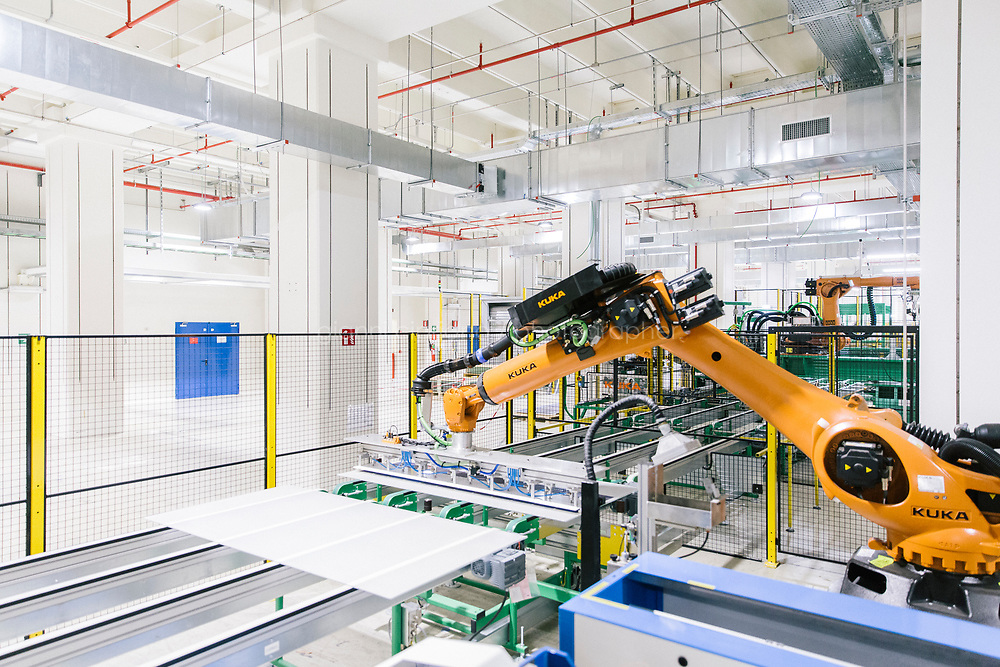