PISCIOTTA, ITALY - 21 APRIL 2018: Fisherman Vittorio Rimbaldo (56) is seen here on his fishing boat as he gets ready to fish alici di Menaica (Menaica anchovies) in Pisciotta, Italy, on April 21st 2018. 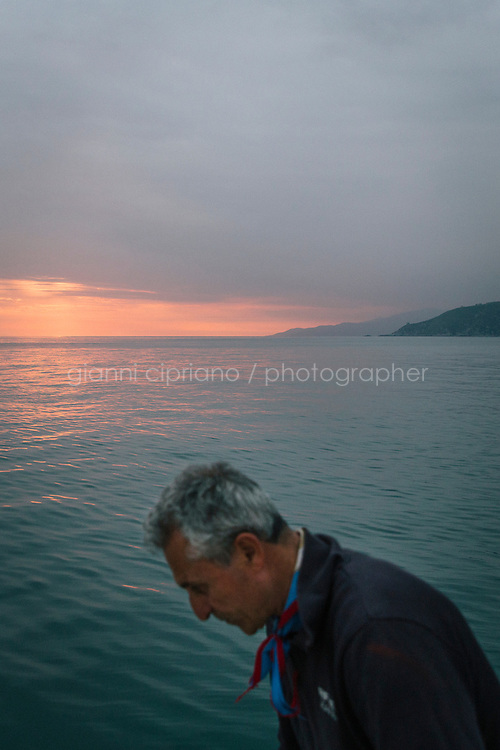