MANAROLA, ITALY - 31 MAY 2017: A photo album with pictures of stone walls and farmers ranging from the 50s to the 70s is seen here in Anselmo Crovara's Memory Archive, housed in his own attic, which hosts a collection of items from traditional Ligurian daily life, in Manarola, Italy, on May 31st 2017. 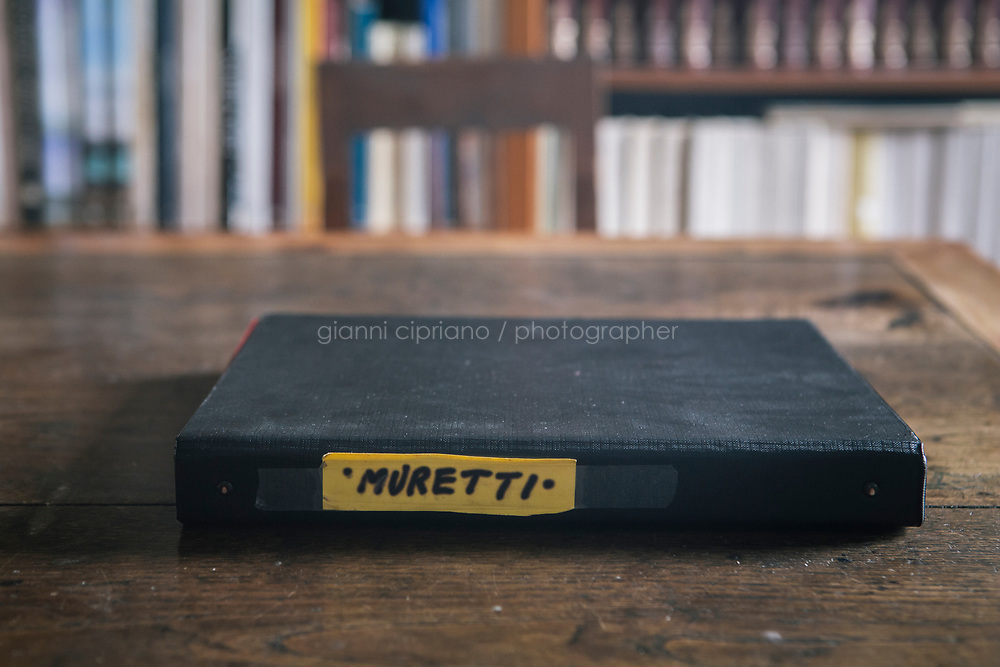