VALLETTA, MALTA - 2 November 2013: The eight-pointed Maltese Cross belonging to Marquis Nicholas de Piro (72), a Knight Hospitaller of the Order of St. John of Jerusalem (also known as Knights of Malta), is here in his studio at Casa Rocca Piccola, a 16th-century palace and home of the noble de Piro family in Valletta, Malta, on November 2nd 2013.

Casa Rocca Piccola was one of two houses built in Valletta by Admiral Don Pietro la Rocca. It is referenced in maps of the time as "la casa con giardino" meaning, the house with the garden, as normally houses in Valletta were not allowed gardens.

Valleta was named after Jean Parisot de Valette of the Order of St. John of Jerusalem, who succeeded in defending the island from an Ottoman invasion in 1565, known as the Siege of Malta. The city was founded immediately after the end of the Siege of Malta to fortify the Order's position in Malta and bind the Knights to the island. 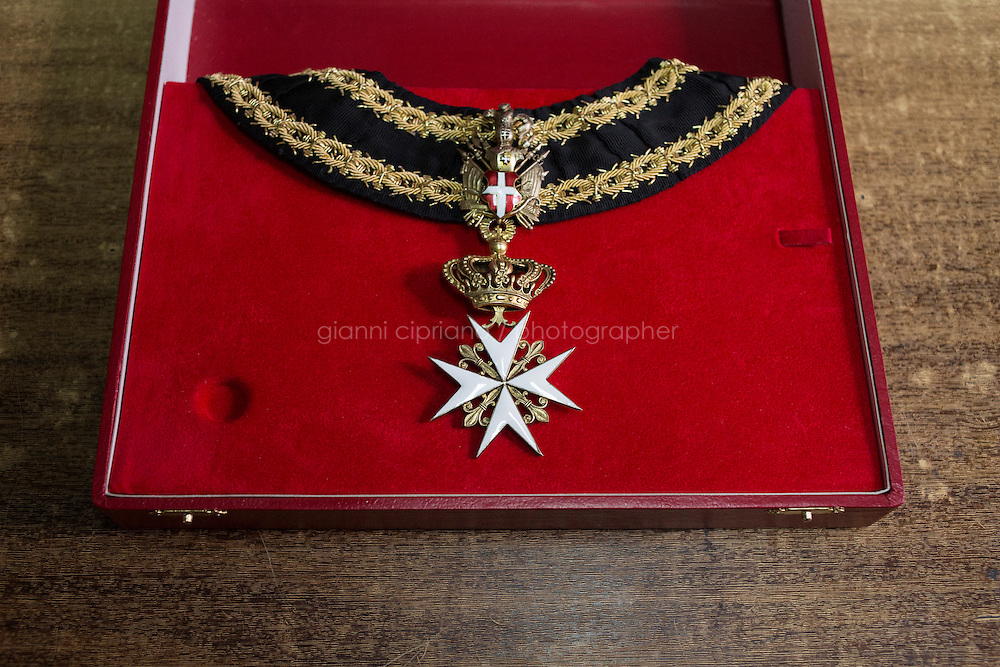