ARZANO, ITALY - 18 SEPTEMBER 2020: A Water Spider unloads a truck of Amazon packages that will be processed at the Amazon delivery station in Arzano, just outside Naples, Italy, on September 18th 2020.

Opened in 2019, the Amazon delivery station in Arzano was the first to open in Southern Italy. Here, an average of 30,000 to 50,000 Amazon packages are processed and delivered in the region.

plans to open two new fulfillment centers and seven delivery stations. Roughly 1,600 more people will be hired by the end of the year, pushing its full-time work force in Italy to 8,500 from less than 200 in 2011. 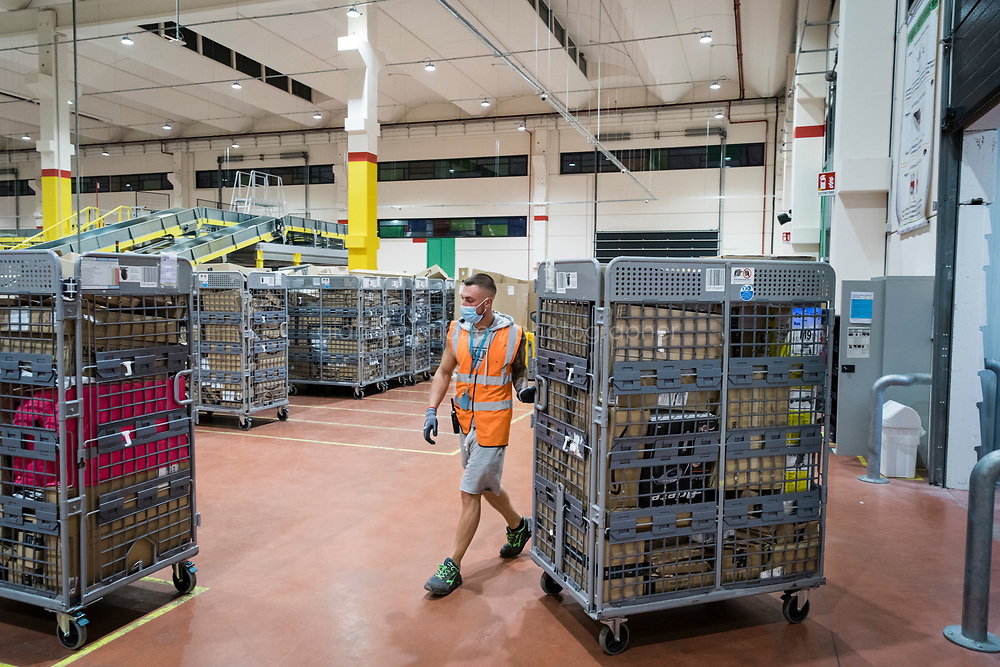