COMO, ITALY - 21 JUNE 2017: Marzia Abillah (center, 8 years old), born born in Italy from Afghani migrants who arrived in Italy in 2001, is seen here with her parents in the migrant center ran by priest Giusto della Valle in Como, Italy, on June 21st 2017. As she read an Italian magazine and chatted with her siblings in Italian, her father Muhamed Delah Abillah (31, left) said: “She has an Italian name. We want her to be Italian.” 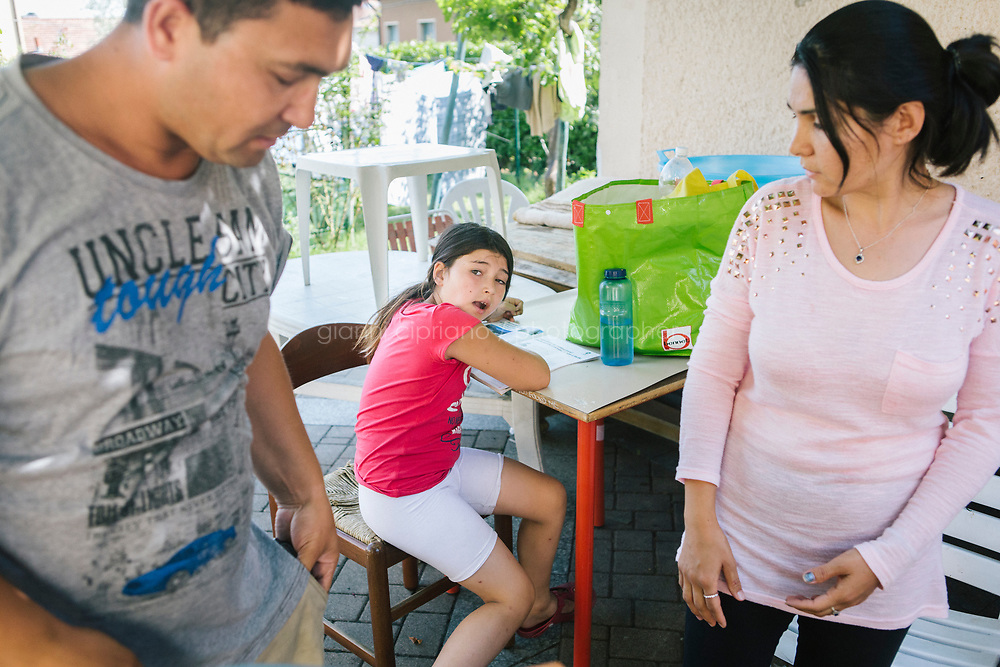