Asciano, Italy - 10 September 2014: Journalist Tina Nachtmann rides a Vespa 125 Primavera of 1974 on a road trip through Tuscany with her travel companion Michele, through the Crete Senesi in Asciano, Italy, on September 10th 2014.

The Crete Senesi refers to an area of the Italian region of Tuscany to the south of Siena. It consists of a range of hills and woods among villages and includes the comuni of Asciano, Buonconvento, Monteroni d'Arbia, Rapolano Terme and San Giovanni d'Asso, all within the province of Siena. Crete senesi are literally ‘Senese clays’, and the distinctive grey colouration of the soil gives the landscape an appearance often described as lunar. 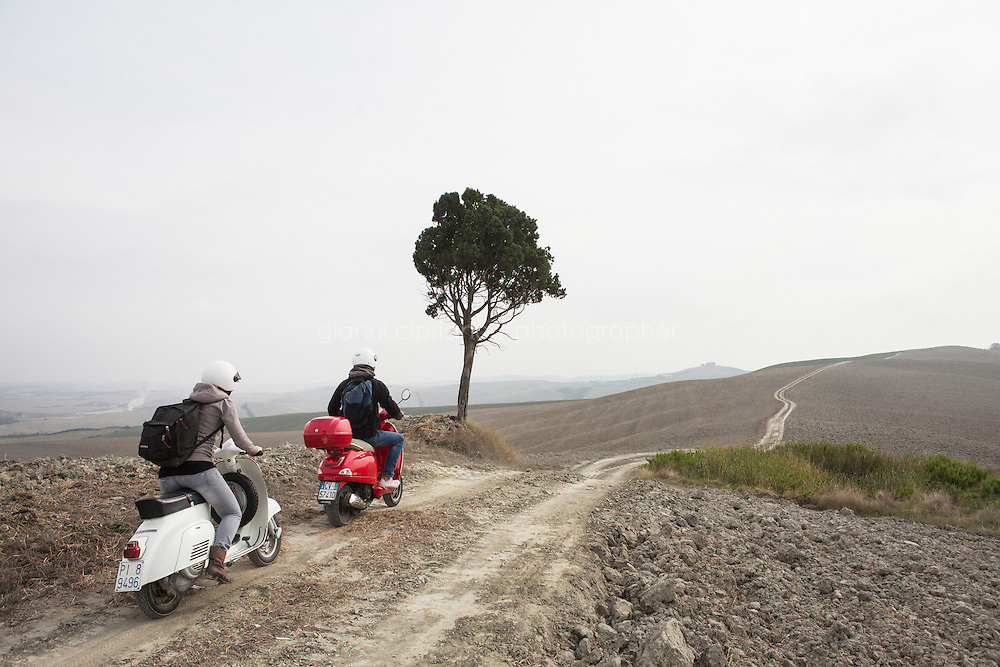