CATANIA, ITALY - 13 APRIL 2018: A control station of the production line of the the new bifacial thin film solar panel is seen here during the testing phase at the 3Sun factory, the last European photovoltaic factory in Catania, Italy, on April 13th 2018. 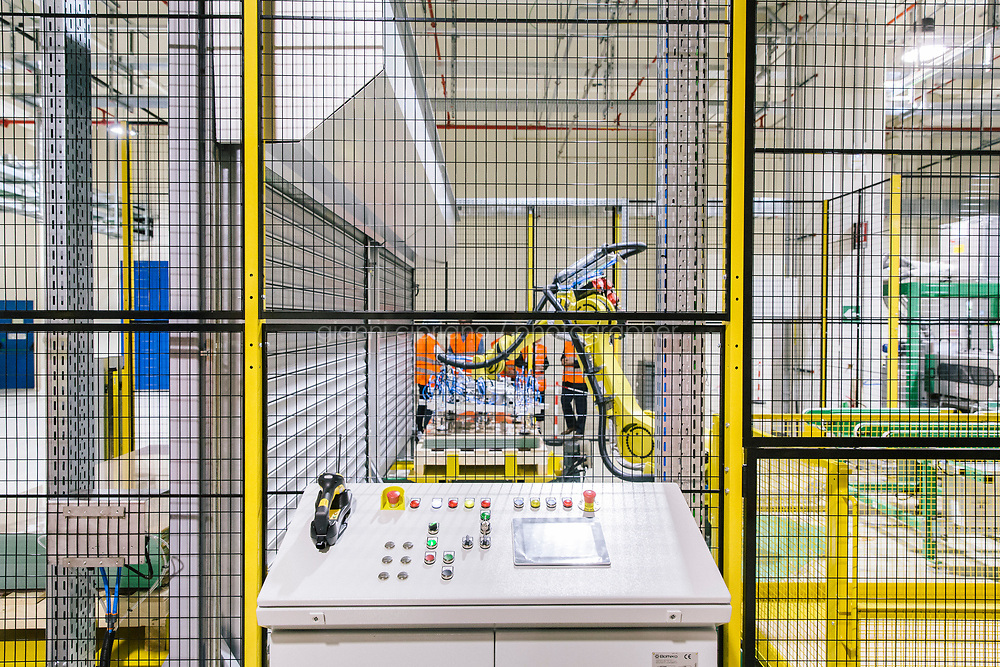