PRIOLO GARGALLO (SICILY), ITALY - 31 JULY 2013: Stefania Vincenzi, the 18 years old daughter of the missing and presumed dead Costa Concordia cruise ship passenger Mariagrazia Trecarichi, poses for a portrait in the living room by the piano, guitar and puzzle belonging to her mother, in their home in Priolo Gargallo, Italy, on July 31st 2013. Stefania Vincenzi is running for the final selections of Miss Italy after winning the local contest in Sicily. The idea of participating at the beauty pageant came after Mariagrazia Trecarichi met a friend who organizes the local castings who told her Stefania suited the contest.

Mariagrazia Trecarichi is missing since January 14th 2012, the day of her 50th birthday, after the Costa Concordia shipwrekck at the Giglio Island in Tuscany, Italy. Of the 3,229 passengers and 1,023 crew known to have been aboard, 30 people died,, and two more passengers are missing and presumed dead, inclusding Mrs Trecarichi. Mariagrazia Trecarichi had survived two cancers and decided to celebrate her 50th birthday on the Costa Concordia. 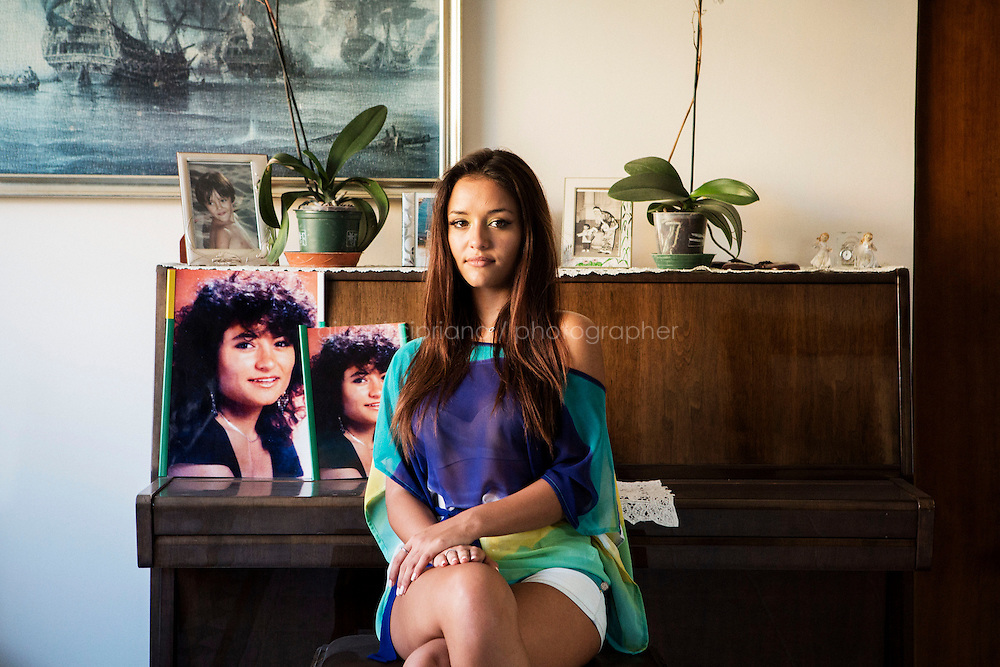