NAPLES, ITALY - 12 DECEMBER 2014: A pizza is prepared at the Pizzeria Oliva da Concettina ai Tre Santi (where customers can offer "suspended pizzas"), in the Sanità district in Naples, Italy, on December 12th 2014. 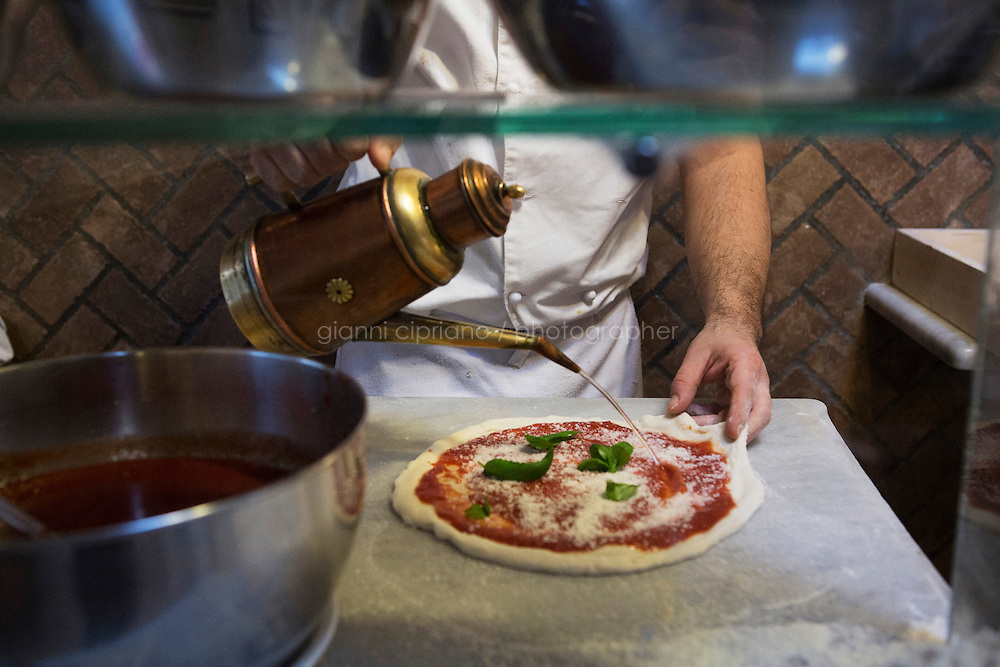