ROME, ITALY - 30 MARCH 2015: A catapult used for a scene of Ben-Hur, the upcoming American historical epic film directed by Timur Bekmambetov, is here by the Studio 13 of Cinecittà
in Rome, Italy, on March 30th 2015. 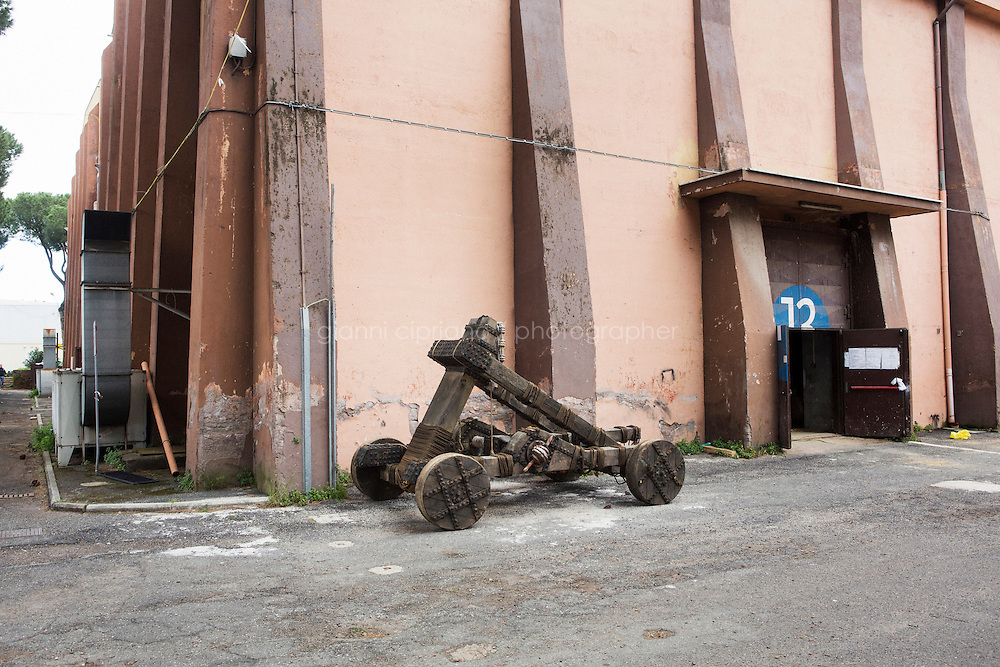