9 April, 2009. Brookville, NY. A security camera and entry phone are here at the entrance of a residence on Evans Drive in Brookville, NY. The majority of the residences in Brookville have security systems. The Gold Coast village of Brookville is the wealthiest community in the United States, according to a survey published Wednesday by BusinessWeek magazine. 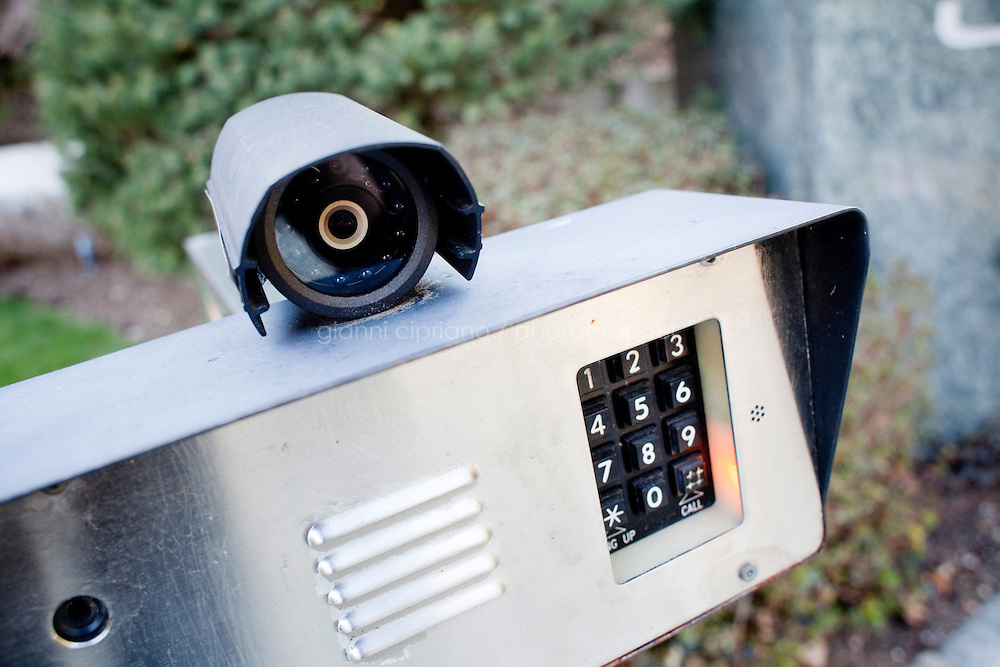