NAPLES, ITALY - 1 AUGUST 2018: A customer enters the garage of Cantina del Gallo, a family-owned restaurant in the Rione Sanità in Naples, Italy, on August 1st 2018. The garage is located inside a huge cave dug into the soft tufa stone. First excavated by the Romans, this now urban grotto was used in the Second World War as a shelter during aerial bombings. 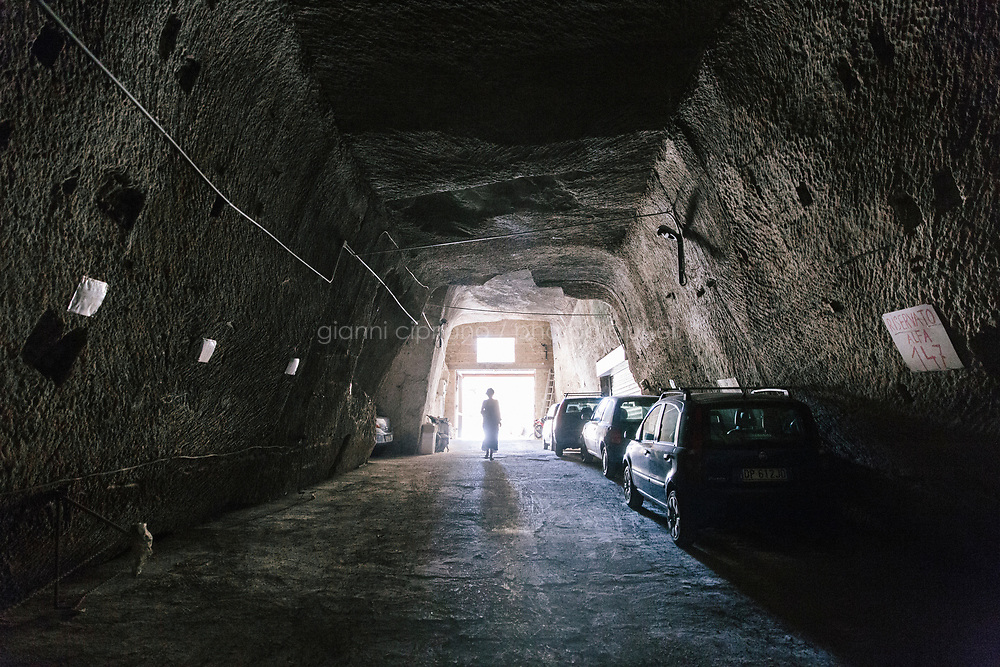